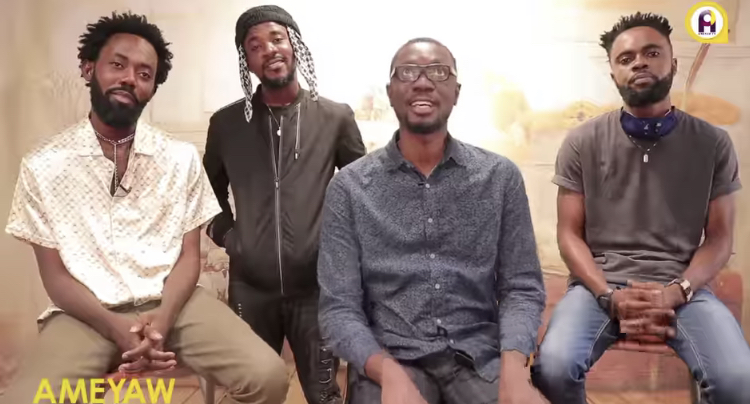 Fast-rising music duo, Dead peepol, and Rich Kent, composers of the smash hit song ‘Otan Hunu’ Sat down for an exclusive interview with Ameyaw Debrah to talk about their music.
The artists who are currently gaining attention for their break out song ‘Otan Hunu’ revealed the song was recorded to guide people in dealing with haters.

“Everybody has a hater whether you see it or you don’t see it. so we thought let’s do this even if not for personal experience, lets do it for the people because people can relate to the song” said Kofi Control, a member of Deadpeepol.he added that his decision to release the song was influenced by a friend.

“For this song actually i leaked it, we didn’t even have a plan, i just leaked the song because of a comment i got from a friend”

‘Otan Hunu’ has been receiving massive airplay since its release, it was accompanied by a viral video and later followed by a ‘street vibes’ video directed by Kojo Miles.

Dead peepol which consists of Kofi Control and Kweku Richie have also teamed up with Rich Kent a solo artist, on other projects which will soon be hitting the music scene.