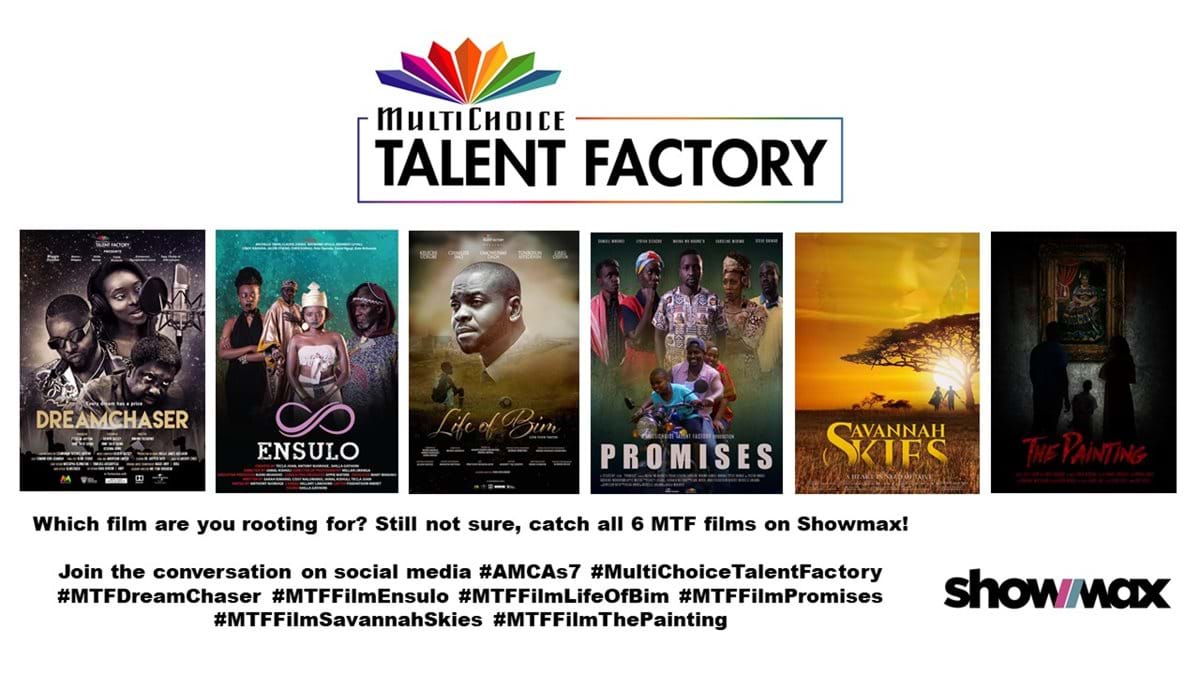 The 7th edition of the Africa Magic Viewers’ Choice Awards (AMVCA) in association with MultiChoice has nominated six films in the newly launched category, the MultiChoice Talent Factory Award. The category aims to reward excellence in storytelling and provide a platform for alumni of MultiChoice Talent Factory (MTF) Academies, MultiChoice Africa’s shared-value initiative, with academies in West, East and Southern Africa. The films nominated are Life of Bim  (West Africa), DreamChaser (West Africa), Ensulo (East Africa), Promises (East Africa), Savannah Skies (Southern Africa) and The Painting (Southern Africa), which were produced by students of MTF’s class of 2019 and culminated the 12-month immersion programme, aimed at developing the next generation of African film and TV creatives.

In a live broadcast across Africa Magic channels on 6 February, Nollywood’s Linda Ejiofor and Ibrahim Suleiman announced nominees in all 28 categories of the AMVCAs. Seven of  the AMVCA’s 28 categories will be open to public voting and 21 categories, including the MultiChoice Talent Factory Award, will be decided by the AMVCA panel of judges, headed by award-winning filmmaker and MTF Academy Director for West Africa, Femi Odugbemi, who is making his return as Head Judge of the awards for the fourth time.

“I am excited about the new MTF category in the AMVCA because it showcases the AMVCA’s commitment to the importance of professional training as a critical factor towards enabling richer storytelling.” – Femi Odugbemi

Since inception in 2013, the AMVCAs celebrates contributions of African filmmakers, actors and industry specialists in the continued growth of the continent’s film and television industry and lives up to one of the MultiChoice Group’s mandates of being the most-loved African storyteller. Through launching the MultiChoice Talent Factory Award, the AMVCAs becomes a platform for MTF alumni across West, East and Southern Africa to build strong creative reputations and provide a springboard for their careers.

“This new category carries the hopes of many aspiring filmmakers and as Africa’s most-loved storyteller, we are honoured to have played a role in unearthing this talent. We hope platforms such as the MultiChoice Talent Factory and AMVCAs will catapult them to greater heights,” says Reatile Tekateka, MultiChoice Africa Executive Head for Corporate Affairs.

The two West African MTF films nominated are Life of Bim, a film about an aspiring footballer whose dreams of becoming a professional athlete are threatened by family pressure, and Dreamchaser, which follows a young woman as she navigates the challenges of the music industry. East Africa MTF nominations include Ensulo, a film about Princess Zuri, whose life dramatically changes after the death of her father, King Mfalme, and Promises, about a boda-boda driver who struggles to raise his children after the death of his wife during childbirth. Lastly, Southern Africa MTF films are Savannah Skies, a story about a young woman forced into marriage, and The Painting, a film about a struggling artist who finds a painting in her home, which brings a surprising twist to her career and life.

The 7th edition of AMVCAs brought to viewers across the continent by Africa Magic and is proudly sponsored by Amstel Malta will take place on Saturday, 14 March, in Lagos, Nigeria. Voting for the awards is now open and closes at 10pm GMT on Saturday, 7 March 2020. For more information about the 7thAMVCAs, please visit www.africamagic.tv.

Join the MTF social media conversation on the hashtag #AMVCA7 #MultiChoiceTalentFactory and follow/join: