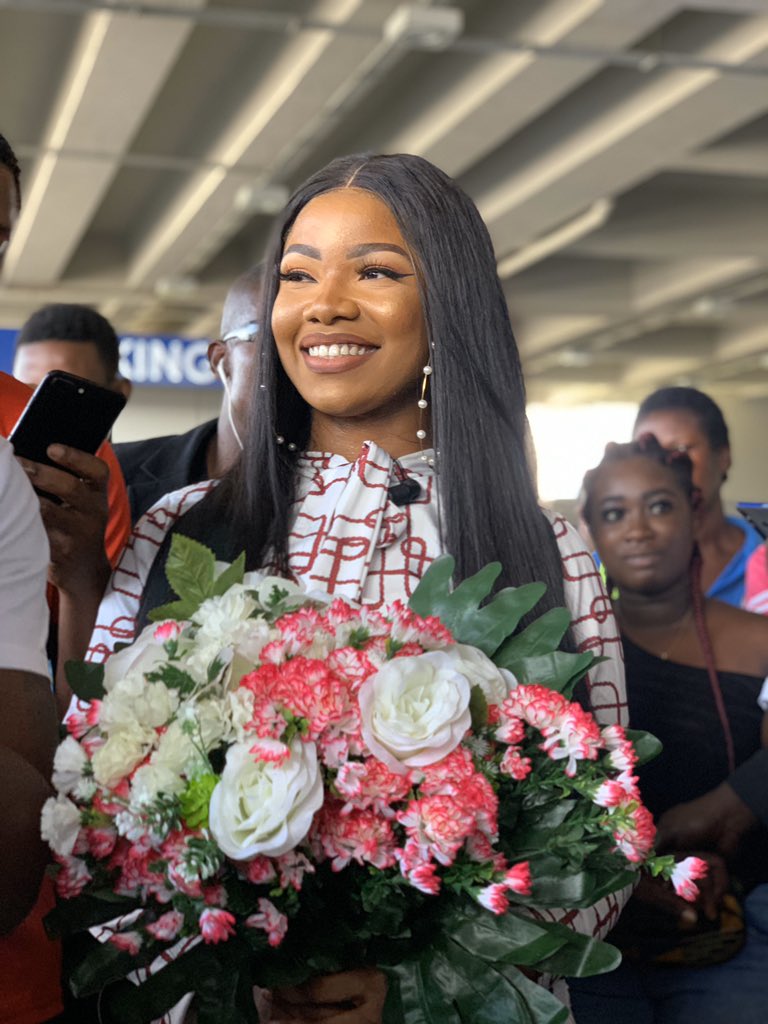 The social media sensation and reality star quadrupled her popularity on social media after her appearance on the Big Brother Naija reality show, which eventually saw her controversially disqualified after her clash with Mercy in the house.

Tacha’s late mother is a Ghanaian and that has also won her more fans from Ghana including celebrities like Moesha Boduong, Afia Schwarzenegger among others during her stay in the Big Brother Naija house.

The reality star’s large fan base, known as Titans, showed up at the Kotoka International Airport to welcome their Queen home. This becomes the first time the 23-year-old is visiting Ghana.

The socialite who recently signed a multibillion Naira ambassadorial deal with Royal Hair will be hanging out with her Ghanaian fans at Kikibees pub in East Legon later today.