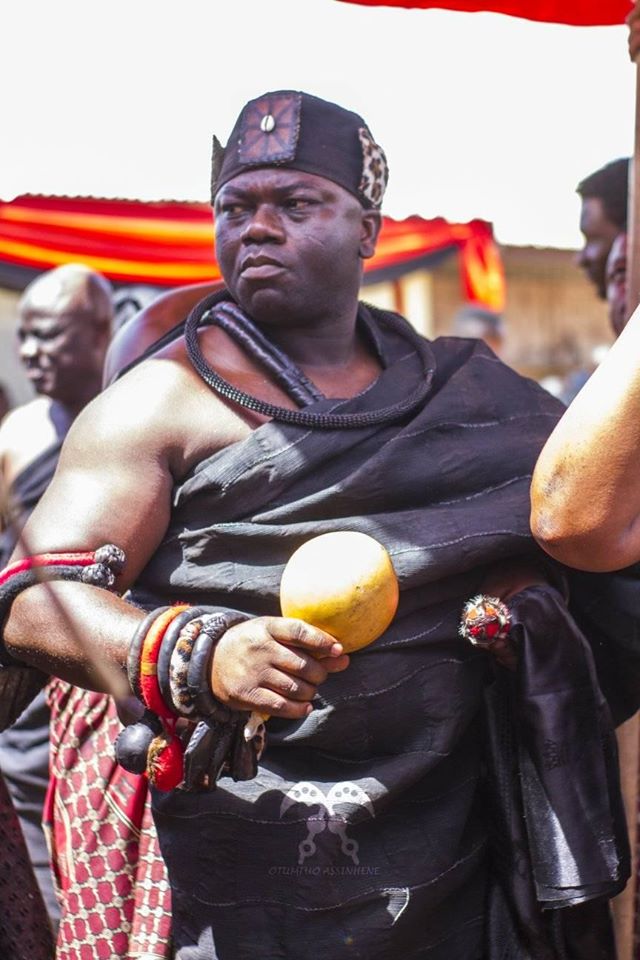 In an Interview with Nana Amoako On Ashh Fm, Nana Yaw Akuoku said Obour is responsible for the mess created at MUSIGA and therefore unfit to lead the people of Asante Akyim South.

“Obour was not able to account for monies given to him by the Government and also unable make the union attractive for musicians in the the country. He rather left the union in chaos and till now the union has not been able to organize elections for a proper handover.”

Otumfuo Assinhene entreated NPP delegates to reject him during the primaries because such a person can not be trusted with a bigger opportunity when he could not handle the little given to him.

Nana Yaw Akuoku adviced Obour to go back to MUSIGA and fixed the messed he created that has left members of the union dejected.