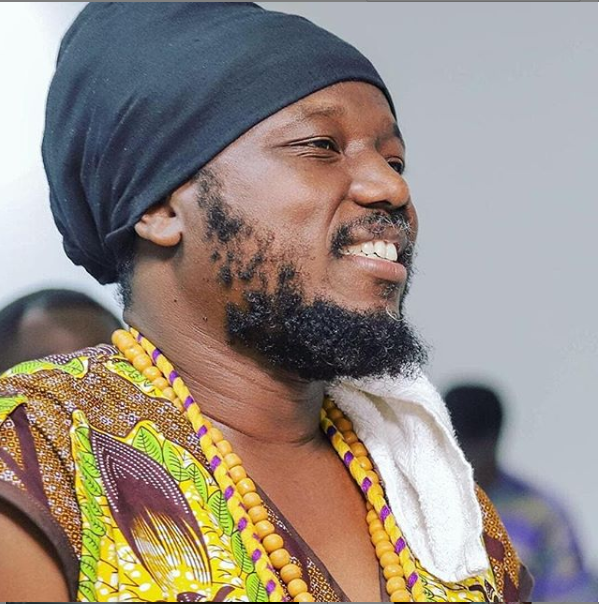 Ghanaian Reggae Musician and Radio Host, Blakk Rasta has opined that instead of arresting and throwing homosexuals into jail, they should be treated in hospitals.

According to the popular Radio Host, sleeping with the same gender is “madness,” hence, they homosexuals need treatment and not jail time.

“If I go by what he says, then I think that a man sleeping with another
man is totally abhorrent. It’s not normal and, for that matter, these
people need to be taken to a place where they can get help but
rather support a bill that has to do with the imbalance of the mind,” he
told Ismail Akwei on the Low Down Show on GhanaWeb TV.

Blakk Rasta through is readings on the matter, explained that people  homosexuals are born out of freedom to love whoever, however, the act has been attributed to “mental imbalance.”

“For me, I want to understand why a man would want to sleep with
another man. From my readings, it is because human beings want to
have some kind of freedom as to who they can love and who they
cannot love.

Blakk Sherif quoted the Medical Director for the Accra Psychiatrist Hospital, Dr Kwasi to back his claim.

“I live in a country called Ghana, and there is a chief psychiatrist, Dr. Kwasi, who has said it is madness for a man to sleep with another man. In order words, there is a mental imbalance somewhere,” he added.

Shatta Wale gushes over Michy’s performance, asks that they collaborate on another song

The voting portal for the 2022 edition of the All Africa Music Awards (AFRIMA) opened to the public on Sunday, 25 September at 21:00 (CAT), to decide the winners of each of the 39 award categories, globally. END_OF_DOCUMENT_TOKEN_TO_BE_REPLACED

Ghanaian actress, Yvonne Nelson has issued an apology on behalf of Ghanaians to Stephen Appiah and his Black Stars colleagues. END_OF_DOCUMENT_TOKEN_TO_BE_REPLACED

Professor Elsie A. B. Effah Kaufmann, host of the popular National Science and Maths Quiz has shared a bit of her private life. END_OF_DOCUMENT_TOKEN_TO_BE_REPLACED

As the only Ghanaian female artist to perform on the Global Citizen Festival stage at the Black Star Square last night, Gyakie did an incredible job representing the country and doing her part in being a contributing voice for global change. END_OF_DOCUMENT_TOKEN_TO_BE_REPLACED

Although Ghanaians appreciate Professor Elsie A. B. Effah Kaufmann as the Quiz Mistress of the popular National Science and Maths Quiz, there are other things that they love about her. END_OF_DOCUMENT_TOKEN_TO_BE_REPLACED