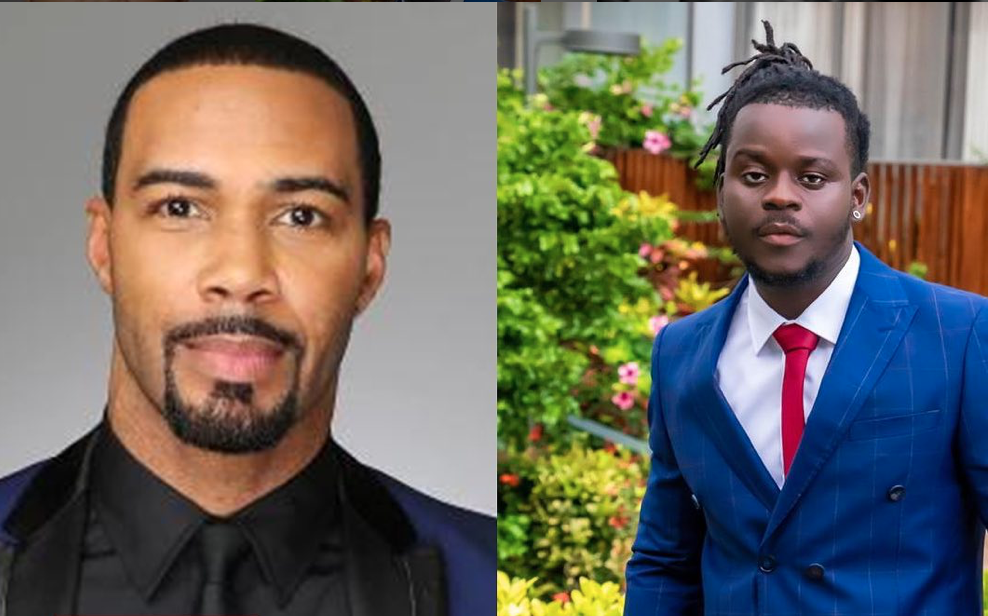 Ghanaian Dancehall act, Jupitar has revealed how he came to be featured on American actor Omari Hardwick’s new album.

On Saturday, June 18, 2022, the Power actor, popularly known as Ghost,  held a  private album listening for his album Fearless Season 1.

It was then revealed that Jupitar was featured on the album.

Recounting how that collaboration came about on Univers Entertainment, the “Enemies” hitmaker revealed that he and Hardwick struck a friendship on Instagram over a year ago.

“Omari has been a friend for a year. He reached out to me on Instagram saying he was a big fan. We were initially communicating as friends when I told him I liked the character he played in the seasonal movie Power, and we then exchanged numbers and decided to feature ourselves in our respective albums. He featured me on his fearless album he released recently,” he revealed.

Jupitar also revealed that through that friendship, Hardwick has introduced him to a lot of American artists and his fans should stay tuned for more future collaborations.

“He has introduced me to a whole lot of American artists, and top producers if you have studied Jupiter for the past years, you will know that I am an unpredictable artiste, so hopefully by the end of the year my fans should be expecting rainbow colors in my album,” he stated.

I’m Unique In My Own Way-Says Charles Fanti

Ghanaian rapper, Okyeame Kwame has opined that the new crop of rappers in the industry are far “better” than him and others who have been in the game for two decades. END_OF_DOCUMENT_TOKEN_TO_BE_REPLACED

Ghanaian rapper, Sarkodie may be gearing up to speak against the governance of the nation by the ruling New Patriotic Party (NPP). END_OF_DOCUMENT_TOKEN_TO_BE_REPLACED

Ghana’s social media has been buzzing after a video showing a young  Ghanaian in police escort to go and buy a burger went viral! END_OF_DOCUMENT_TOKEN_TO_BE_REPLACED

Broadcast Journalist at Metro TV, Bridget Otoo has come after employers who fail to pay their workers, yet live lavishly. END_OF_DOCUMENT_TOKEN_TO_BE_REPLACED