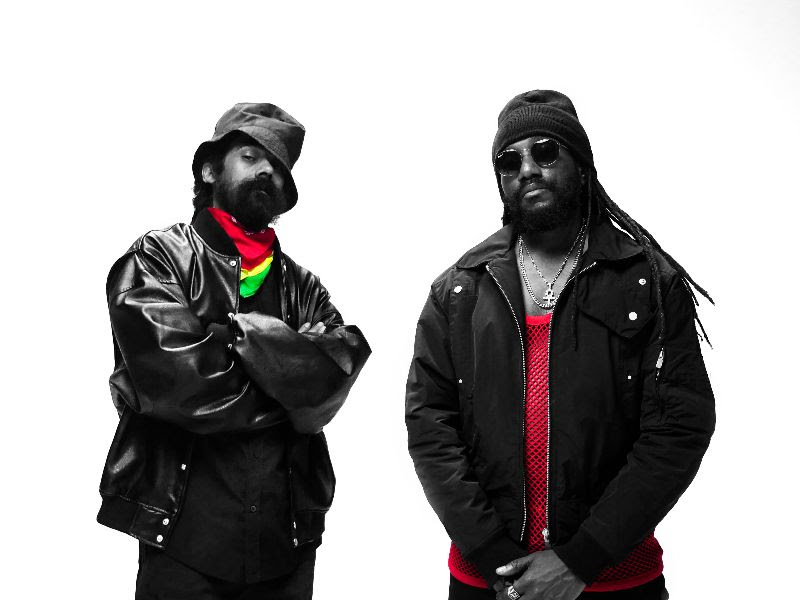 Red, Green & Gold three colours, which signifies so much to so many.  For Kabaka Pyramid and Damian “Jr. Gong” Marley it was worthy enough to unite their musical synergy to highlight the significance of the colours to Rastafari tradition and Reggae music.

Set to release July 22nd, Red, Gold & Green is brimming with the nuanced context often missing from the message. This missing context is remarkably packed into immaculate verses for which both artists are well known. Not only is Damian Marley featured, but he is also the producer of this single.

The name “Kabaka” is Ugandan for “King” and the long-lasting survival of the Pyramids of ancient Africa represent his desire for longevity in the music and deep connection to Kemetic roots; leaving messages for generations to come.

Kabaka Pyramid is well known for songs like Warrior, Well Done, Can’t Breathe, which focused more keenly on the underprivileged who often are overlooked and ignored by society – and the powers that be, and Reggae Music that took on a life of its own. His debut album Kontraband, was met with critical acclaim, containing hits such as Kontraband featuring Damian Marley, Kaught Up with a popular music video that found home on BET, and Reggae Music.

The result of collaboration between Damian Marley and Kabaka Pyramid, as evidenced by records like Kontraband, gives listeners the best of lyrics, musicality, and melodies. From the well harmonized chorus, the infectious reggae rhythm, and the insightful verses, this song is a continuation of the quality music Ghetto Youths International and Bebble Rock are famous for.

“Red, Gold and Green is really getting at the root of the Ethiopian flag as a symbol of Rastafari globally and what it really means from our perspective, the ones who live it, and what it means to carry this message through the music” says Kabaka Pyramid.

While Kabaka talks about the musical aspect and the significance of maintaining the tradition despite changing times, Damian Marley compliments it with an equally lyrically potent verse. Gong waxes poetic about the link between Ethiopia, Haile Selassie I and the Rastafari tradition with apparent ease.

While this dynamic duo has linked up on other tracks and productions, this one is special in its singular focus on a mission and message. It delivers a poignant and important message about authenticity and reminds us of the identity of the tradition.

While the order is tall, and the goal of the authors is lofty, this track delivers in its approach. It educates without confounding; it elaborates without meandering but most commendable is that it does not spare the often-missing connections between cultures.

“When we wave the banner around the world, we bring the teachings and inspiration of Haile Selassie I to masses, some who see the depths of Rastafari and some who just see it as a style and strictly music.  We want people to know that we take our tradition and heritage seriously and that these coloUrs have a deeper meaning than just a coloUrful brand. All are welcomed to join the vibration but it’s also good to take some time to get to know the King and add meaning to these divine coloUrs” says Kabaka Pyramid.

19-year-old Florida rapper Smokingskul has just shared his new single and video “Nina”. Smokingskul is at the helm of a new era of plugg music known as “dark plugg”which substitutes the ethereal sounds of “plugg” with more tonal melodies that are accentuated by distorted percussion, producing a grimey, DIY sound. END_OF_DOCUMENT_TOKEN_TO_BE_REPLACED

Massimo Youngblood, an afrobeat musician based in Ghana and the United Kingdom, has returned with a fresh new track that features Ciici Mani and one of the United Kingdom’s up-and-coming female vocalists, Laura Dia. END_OF_DOCUMENT_TOKEN_TO_BE_REPLACED

Flavour of Africa’s fiery performance on Sunday night at the 2022 SummerStage music festival in Central Park, New York will go down in history as a night to remember for lovers of African music END_OF_DOCUMENT_TOKEN_TO_BE_REPLACED

Ari Lennox sophomore season kicks into overdrive today with the official release of her new single, “Hoodie,” and its electrifying music video. Even more, fans’ long-awaited hopes are finally realized: The Grammy Award-nominated and multi-platinum singer-songwriter proudly announces her sophomore album, age/sex/location, will be released on Sept. 9 via Dreamville/Interscope Records. Pre-order the album HERE. END_OF_DOCUMENT_TOKEN_TO_BE_REPLACED