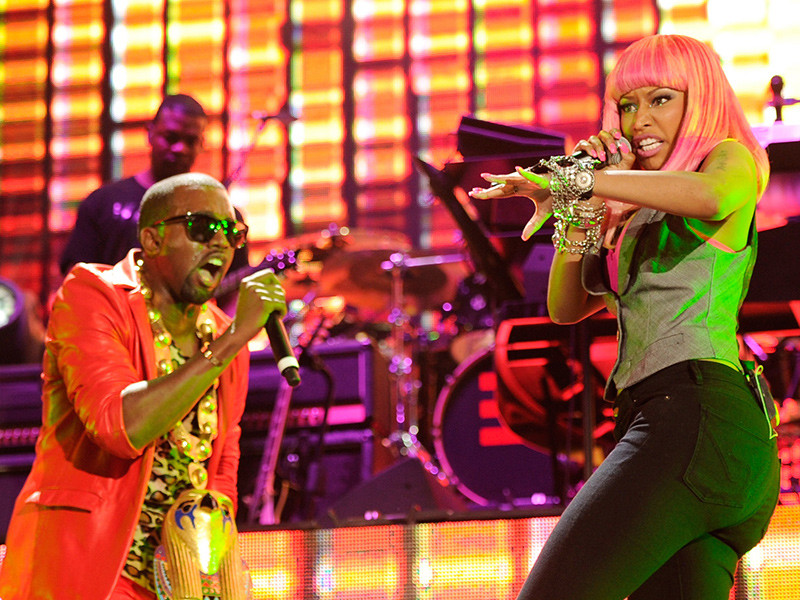 Kanye West has unfollowed Nicki Minaj after a comment she made.

In 2010, Kanye collaborated with Nicki on the hit “Monster.”

Yeezy appears to have unfollowed Nicki on Instagram as of Monday (July 11) and Kanye hitting the unfollow button looks to come in retaliation for Nicki’s “clown” comments during ESSENCE Festival earlier in July in New Orleans.

Nicki had her DJ cut the song and she moved to another in her set.

Speculation quickly began to mount as fans tied the Young Money rapper’s words to be directed as a diss to Kanye West since he just hopped on Cardi B’s “Hot Shit” with Lil Durk just days prior. Fans can expect the “Hot Shit” video to arrive on Tuesday (July 12) as well.

Nicki Minaj stuck to her word as “Monster” wasn’t part of her set list at Wireless Festival over the weekend, so fans shouldn’t expect her to be performing it anytime soon unless she and Ye possibly smooth things over in the future.

Divorces happen all the time, but the world never gets used to seeing celebrity couples break up. END_OF_DOCUMENT_TOKEN_TO_BE_REPLACED

Chrisean Rock posted a very steamy video of her and Blueface just hours after announcing she was leaving because he cheated on her. END_OF_DOCUMENT_TOKEN_TO_BE_REPLACED