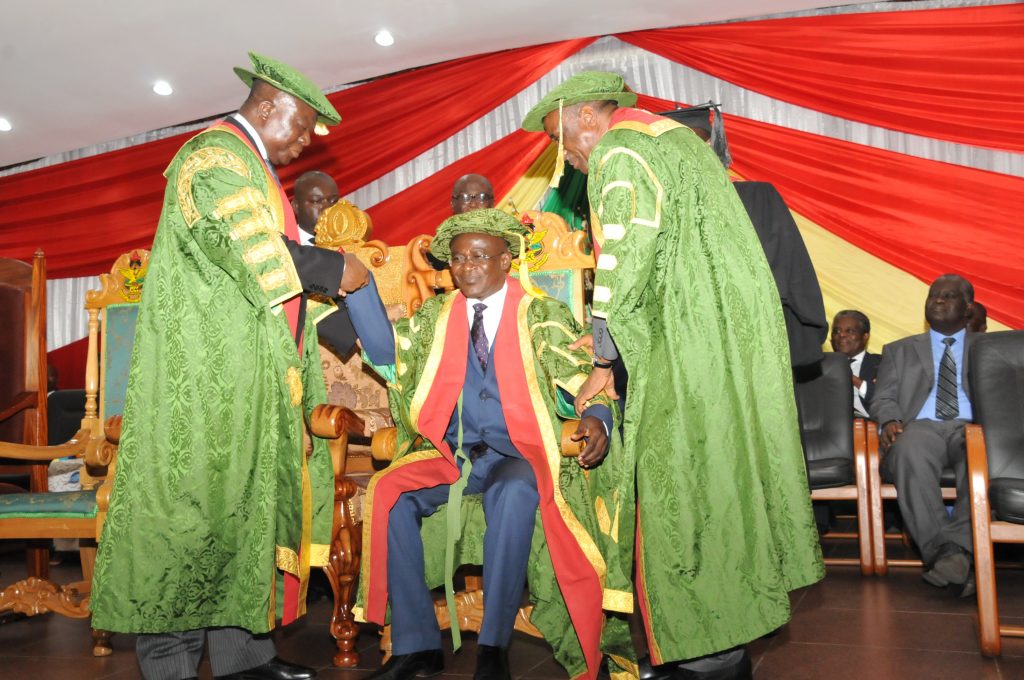 KNUST  Vice-Chancellor, Prof. Obiri Danso asked to step aside[/caption] Vice-Chancellor of the Kwame Nkrumah University of Science and Technology Prof. Obiri Danso has been asked to step aside following violent protests last week. The National Council for Tertiary Education, according to Education Minister Dr. Yaw Adutwum, has informed the Vice-Chancellor to make way for the interim governing council to take over the administration of the university. “The status of the VC has been communicated by the NCTE. The VC has been asked to recuse himself till investigations are done. The investigation period may take 3 months or less,” Dr. Adutwum told told Starr FM Monday. Pro-Vice Chancellor, Prof. Mrs. Rita Akosua Dickson, has been made ag. Vice-Chancellor. Only last September, she became the university’s first female Pro-Vice Chancellor. The Professor of Environment Microbiology has been accused by the students of creating an environment of oppression and is referred to by some students as ‘Kumasi Adolf Hitler’. They embarked on a protest last Monday triggered by student brutalities that weekend. But it turned violent after the students damaged dozens of cars and properties. Prof. Obiri Danso has been under pressure since the violent protest. Rumours about his resignation last week was dispersed by the University Relations Office which described it as a ‘figment of the imagination’. The beleaguered Vice-Chancellor days after the protest, met student leaders to grant several concessions. But it appears to have been too little too late.]]>

Related Topics:Prof. Obiri Danso
Up Next

Fuse ODG’s collaboration with Damian Jr Gong Marley to be released this week.

TV3 is not only best in new and entertainment, but best in rewarding its staff too. END_OF_DOCUMENT_TOKEN_TO_BE_REPLACED

The Ave Maria School has launched its 40th-anniversary celebration by urging school leaders to provide better opportunities and platforms for interaction with students in order to guide them in their education. END_OF_DOCUMENT_TOKEN_TO_BE_REPLACED