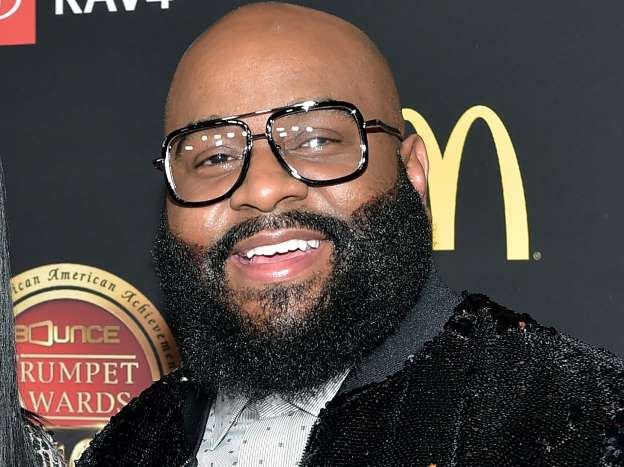 Pada told CNN that Daniels died as a result of injuries sustained in a car accident.
He was 41.

His wife, April Daniels, also shared the news in a statement posted on social media on Wednesday.

With Love, from The Family! 💔 In lieu of flowers, donations can be made to the Lashawn Daniels Memorial Fund on PayPal at LashawnDanielsMemorial@gmail.com

“It is with deep sorrow and profound sadness that we announce the passing of our beloved husband, father, family member and friend, Lashawn Daniels who was the victim of a fatal car accident in South Carolina,” her statement read. “A Grammy-award winning producer and songwriter, Daniels was a man of extraordinary faith and a pillar in our family.”
Known as Big Shiz, the New Jersey native worked closely with acclaimed producer/songwriter Rodney “Darkchild” Jerkins and was the pen behind some of the biggest hits from the 1990s and early aughts.
Some of his credits include Michael Jackson’s “You Rock My World,” “It’s Not Right (But It’s Okay)” by Whitney Houston, “Telephone” by Beyoncé featuring Lady Gaga and the now iconic Monica and Brandy duet, “The Boy Is Mine.”
He won a Grammy in 2001 for best R&B song as one of the writers on the hit single “Say My Name” by Destiny’s Child.
This past June, Daniels told the Recording Academy for an article celebrating the song’s 20th anniversary that the tune was inspired by a relationship he had been in with a woman who worried about his faithfulness.
“I would be places, I would be at work, and if [my girlfriend] would call or hear anyone laughing, or speaking, or doing anything in the background, she’d be like, ‘Who is that?'” he said. “Then she’d be like, ‘Well, say my name then, and tell me that you love me.’ “
“[The song] was actually the premise of what I would go through, and we had the conversation of ‘how embarrassing is that,” Daniels added. “Beyoncé was in a relationship at that time, and she could relate well to the situation.”
The song has had staying power. Rapper Drake used the hook in one of his own recordings, which Daniels talked to Parle Magazine about last year.
“I think as a writer, one of my proudest moments are when I hear the newer artist that’s popping, great and respected, sample a song that I worked on,” Daniels said. “Then when they mention you on Instagram, it becomes ‘Wow! I didn’t even know y’all dug into credits like that.'”
Daniels found love with his wife April, a hair stylist and clothing designer, and they had three sons together.
The pair were regulars on the 2012 WE reality series “Tamar & Vince” featuring their close friends singer Tamar Braxton and her then husband, record executive Vincent Herbert.
In 2013, Daniels was nominated for Grammy for his work on Braxton’s single “Love and War.”
He had a great love for gospel music and last year released his debut album as a solo artist, “The Big Shiz Project.”
News of Daniel’s death was greeted Wednesday with an outpouring of grief from the music industry on Twitter.
Source: CNN
Related Topics:
Up Next

Nicki Minaj announces her retirement from music to start a family