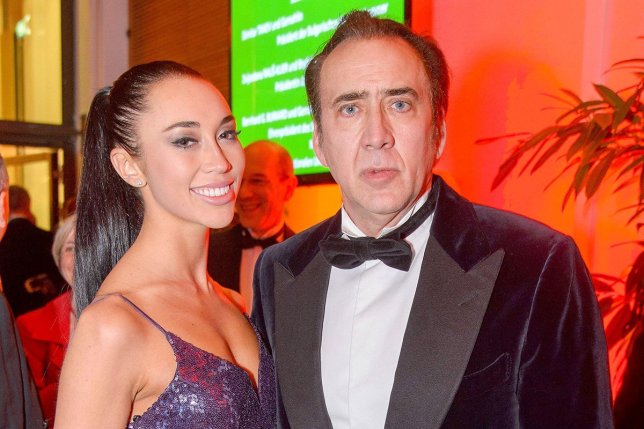 American actor Nicolas Cage and now ex-wife Erika Koike do divorce as quickly as they got married.
Three months after the exes tied the knot in a spur of the moment Las Vegas wedding … they are officially divorced. According to court records, the judge in Clark County, NV granted their divorce on Friday, May 31.

Remember, Nic had filed for an annulment of the marriage just 4 days after their “I dos” in Las Vegas claiming the union was based on fraud, because Erika didn’t disclose a couple little things: her criminal history and her relationship with another person.

The marriage was rocky almost immediately. Hours after the March 23 wedding they were fighting very publicly near the valet at the Bellagio. There were also pictures of them in a heated argument moments prior to getting married.

Erika opposed Nic’s move to annul, and a month later filed docs saying the marriage was not only totally legit, but also that she wanted spousal support for their 4 days of marriage.

Based on the docs, it seems Nic failed to score the annulment, and settled for a good old fashioned divorce. It’s unclear if Erika is getting support.

This is Cage’s fourth marriage. He was previously married to Patricia Arquette, Lisa Marie Presley, and Alice Kim. He and Kim were married from 2004 to 2016 and share a son Kal-El who was born in October 2005.

Before that, Cage was married to Lisa Marie but the union lasted just three months in 2002. His first marriage was to actress Patricia Arquette, 50, from 1995 until 2001. Cage also has a son, Weston, 28, from a previous relationship with actress Christina Fulton.

Related Topics:Nicolas Cage
Up Next

Videos have emerged of the moment a Russian ice hockey star who signed a million-dollar contract with an American team was rounded up by Russian policemen and taken to an army enlistment office before he is sent to fight in the war in Ukraine. END_OF_DOCUMENT_TOKEN_TO_BE_REPLACED

A woman who flashed a gun before attempting to make her way into Diddy’s BET after-party was arrested outside the mogul’s house. END_OF_DOCUMENT_TOKEN_TO_BE_REPLACED

Andy Goram has died at the age of 58 after a short battle with cancer. END_OF_DOCUMENT_TOKEN_TO_BE_REPLACED

A woman who went viral 2 years ago for marrying the man who caught the garter after she caught the bouquet at their friends’ wedding, has shared an update on their marriage. END_OF_DOCUMENT_TOKEN_TO_BE_REPLACED

Liverpool star, Mohamed Salah has committed his future by signing the biggest deal in the club’s history. END_OF_DOCUMENT_TOKEN_TO_BE_REPLACED