Davido seems to be the happiest man alive after his girlfriend, Chioma accepted his proposal last night. But an addition to the joy for his fans was the opportunity to finally see Chioma’s growing baby bump.

Unlike before, the couple does not flaunt each other these days. We barely see multiple pictures of Chioma online and that led many to start speculating that she might be pregnant.

In an interview on BEAT FM, Davido was asked to confirm if Chioma is expecting his child, he replied: “Wait and see now”.

However, fans have finally seen the soon to be Mrs. Adeleke with her very visible baby bump.


The 27-year-old singer was pictured cradling Chioma’s baby bump shortly after he popped the question in the presence of their close friends.

This will be the couple’s first child and rumour has it.. it’s a boy! 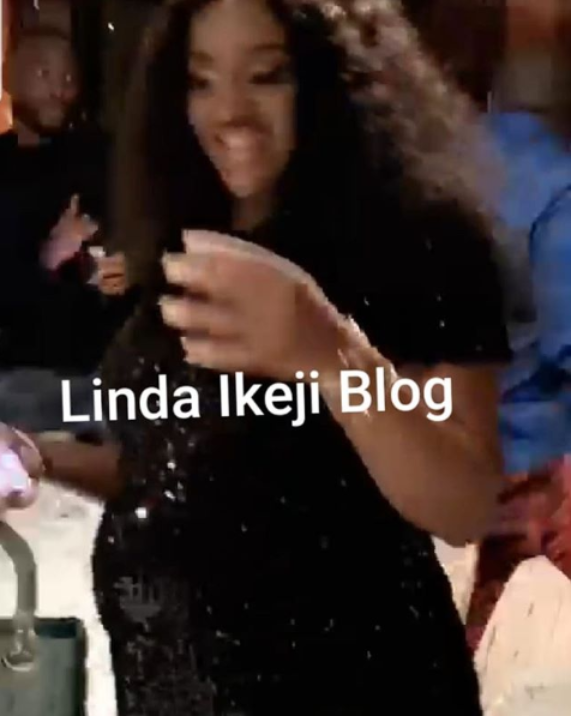 Congratulations to them and we can’t wait to see baby Davido.

WATCH: ‘We weren’t in a relationship’ – D-Black reacts to Princess Shyngle’s dating claims

The voting portal for the 2022 edition of the All Africa Music Awards (AFRIMA) opened to the public on Sunday, 25 September at 21:00 (CAT), to decide the winners of each of the 39 award categories, globally. END_OF_DOCUMENT_TOKEN_TO_BE_REPLACED

Ghanaian actress, Yvonne Nelson has issued an apology on behalf of Ghanaians to Stephen Appiah and his Black Stars colleagues. END_OF_DOCUMENT_TOKEN_TO_BE_REPLACED

Professor Elsie A. B. Effah Kaufmann, host of the popular National Science and Maths Quiz has shared a bit of her private life. END_OF_DOCUMENT_TOKEN_TO_BE_REPLACED

As the only Ghanaian female artist to perform on the Global Citizen Festival stage at the Black Star Square last night, Gyakie did an incredible job representing the country and doing her part in being a contributing voice for global change. END_OF_DOCUMENT_TOKEN_TO_BE_REPLACED

Although Ghanaians appreciate Professor Elsie A. B. Effah Kaufmann as the Quiz Mistress of the popular National Science and Maths Quiz, there are other things that they love about her. END_OF_DOCUMENT_TOKEN_TO_BE_REPLACED