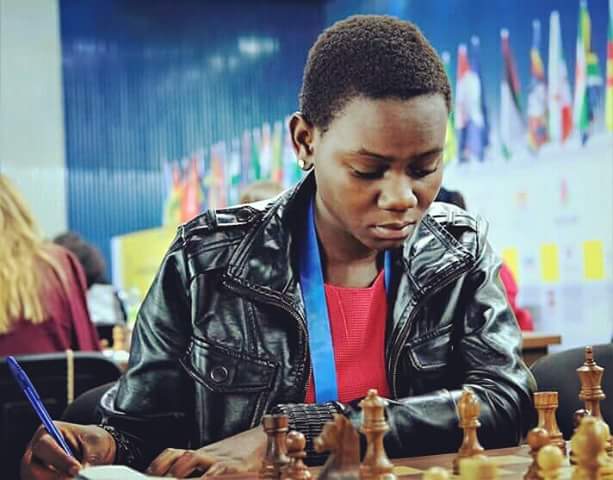 Queen Of Katwe: 17-year-old Ugandan Chessplayer wins World Title at the World Chess Olympiad in Georgia[/caption] 17-year-old Ugandan Chess-player, Gloria Nansubuga has won the World Title at the World Chess Olympiad in Batumi, Georgia, a tournament where the best chess brains in the world participate. Over the weekend, the Ugandan  attained a “World Title” making her a Woman FIDE master (WFM), the third highest rank in Chess. She jumped one rank of WCM straight to WFM becoming the first Ugandan lady to get that title straight from that coveted tournament. At the age of 13, Gloria Nansubuga, won the Best Female honour at the Rwabushenyi Memorial Chess tournament  and dominated the position of Uganda’s U-14 No.1 chess player. She was then ranked 6205 out of the total 168055 female chess players worldwide; 474 among the 2823 U-14 female chess players across the globe; 142nd on the African continent and 4th among the U-14 girls on Africa.]]>

Frank Lampard gets inducted into Legends of Football Hall of Fame

The simple lives of these super rich will shock you