Trending on social media has been news surrounding Mr Drew’s latest single ‘EAT’ which features Stonebwoy. His record label, Highly Spiritual Music has in a press release addressed these issues.

Mr Drew was promoting his single, “EAT’ when the official music video which had over 150,000 viewed was taken down by YouTube over copyright claims.

The song which was labelled as a ‘COVER VERSION’ of POWER star, Rotimi’s “Love Riddim” was struck down after Rotimi’s record label, EMPIRE made copyright claims to the content.

Since the story broke, social media users have been attacking Mr Drew and accusing him of song theft.

Responding to these accusations and clarifying the issue in a press release, owner of the record label, David Kojo Kyei popularly know as Kaywa says:

The statement further revealed that the label is in talks with Rotimi’s management to resolve the issue and takes all the blame for the misunderstanding caused.

See the full statement below. 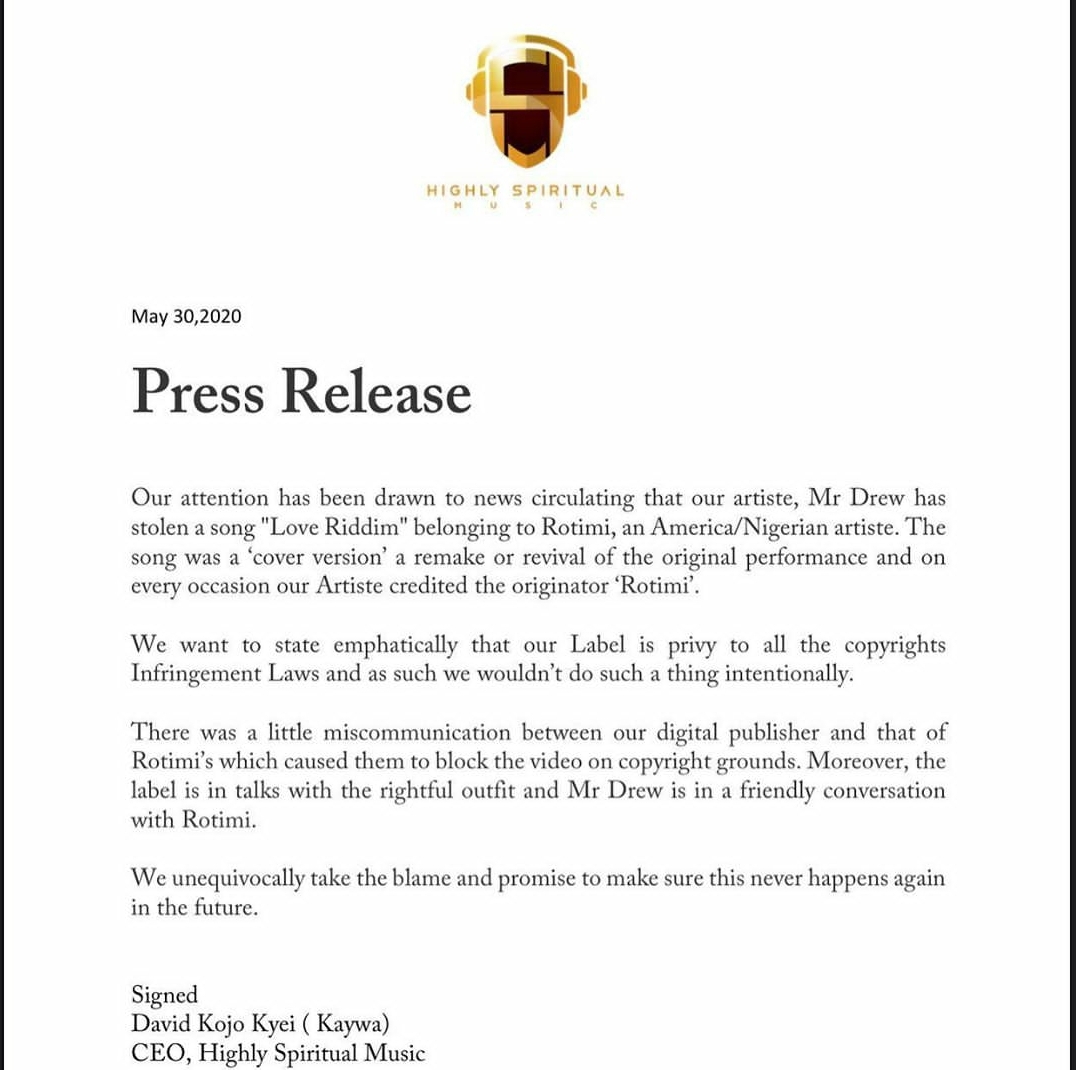 Remembering the King of Highlife, E.T Mensah on his birthday