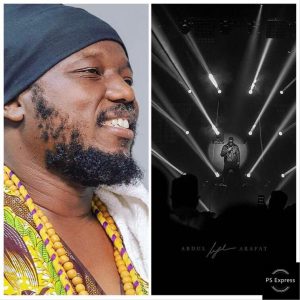 Speaking in an interview with DJ Nyaami on SVTV Africa, Blakk Rasta rated all the other performances on the night and equating them to a “funfair at a high school.”

“…I watched on Television and their performances were below standard. A lot of the performances was like what I saw in secondary school when I was coming up. Somebody like King Promise you are young and you have the energy. Is this what you want to take international.  Sarkodie, what was he doing, compare the Sarkodie from 5 years. people have paid to come and watch you and you’re performing like a lazy secondary school artiste. Is this the performance you want to take to the Grammy? You guys are jokers …“ he said.

Grammy award-winning Nigerian musician, Burna Boy is trending on Twitter over his choice of outfit at a recent concert. END_OF_DOCUMENT_TOKEN_TO_BE_REPLACED

Vanessa Obeng, who represented the Bono East and Florida, has been  crowned MissGhana USA  2022 at the finale held at the Atlas Performing Arts Center Washington DC on the 25th of June 2022. END_OF_DOCUMENT_TOKEN_TO_BE_REPLACED