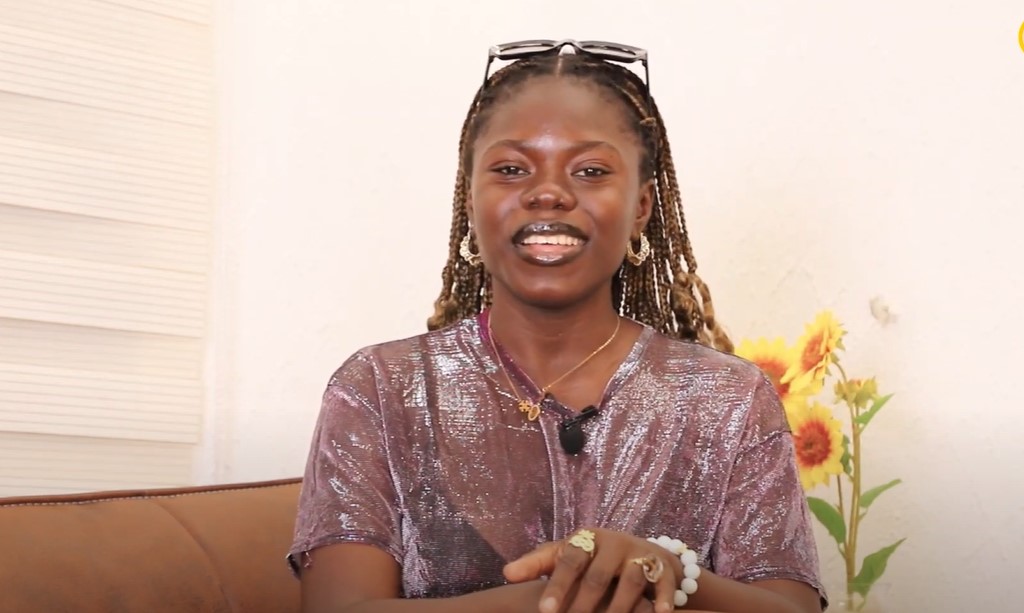 From being the opening act at EL’s BAR VI concert to bagging a nomination at the 2022 3 Music Awards, Afrobeats/afro soul singer Darkua stopped by Ameyaw TV to talk about her musical journey.

”For me, music was not something I was thinking of starting up as a career, for me it was more like a hobby. I was always singing at home in the bathroom, in the kitchen everywhere in the house. so one time the light were out I was singing on top of my voice my mum just came out and said the way you keep singing every day are you sure you won’t be a musician” she told Ameyaw TV’s VJ Scaro.

Listen Up: Darkua falls in love on new single “You”

In 2021 Darkua released her debut single ‘Amalelor’ to announce her presence in the Ghanaian music industry.

According to her, the song was inspired by her cousin’s ‘failed relationship’.

”She went through a broken heart and I was sort of like her venting bag. she was always venting and telling me all the pains she was going through it was touching I felt sad for her” she revealed.

Since her initial release, Darkua has dropped two songs dubbed “Go Low” and ”You” (prod by Ugly x Tough)

listen to her songs below.

The Hewale Lala (Song Of strength) hit maker Perez Musik gets ready to have his first-ever major concert. END_OF_DOCUMENT_TOKEN_TO_BE_REPLACED

Kofi Sonny, CEO of 610Music, a direct representative for Universal Music Group in Africa, unveiled two of his newly signed artistes to the world over the weekend. The event pulled in dignitaries from all over the globe to witness what many have dubbed “the birth of greatness.” END_OF_DOCUMENT_TOKEN_TO_BE_REPLACED

GuiltyBeatz is ringing in the summer! The Grammy-nominated Ghanaian producer and DJ is back with another dazzling solo effort – an Amapiano-infused dance anthem ‘Universe’ featuring Pop sensation, Mr Hudson and buzzing Ghanaian singer, Twitch 4EVA. END_OF_DOCUMENT_TOKEN_TO_BE_REPLACED

The host of Joy FM’s Strong and Sassy, Animwaa Anim-Addo, has tied the knot in a private ceremony. END_OF_DOCUMENT_TOKEN_TO_BE_REPLACED

Grammy award-winning Nigerian musician, Burna Boy is trending on Twitter over his choice of outfit at a recent concert. END_OF_DOCUMENT_TOKEN_TO_BE_REPLACED