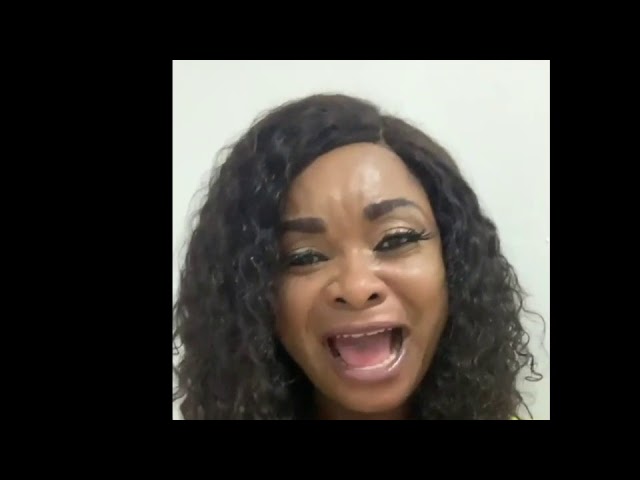 An unhappy and peeved Beverly Afaglo has taken to Instagram to reply a publication suggesting that she had left her musician husband for a ‘sponsor’ in the UK.

The actress added that she wants to be associated with stories that are sensible to  her career, and not meaningless stories that would only make her trend.

She added that the people keep assuming she and her husband, Choirmaster, are broke and so if she travels it means a man is sponsoring her trips.

“ I am not broke, I am so not broke. I work hard for my money.  I have run Celebrity Hall for 6 years and it is running. Check out my customers, they buy things for 300ghc, the cheapest thing I sell is 150ghc . Broke people don’t sell things that expensive, and I make money. That aside, I just opened a company, which is doing well. B.A.B Handyman is growing and we are doing fine. I am not broke, my husband is not broke”

She added that it is time people get to know that because she doesn’t flaunt her achievements doesn’t mean she is broke. She revealed that her late father was a rich man who had properties all over Ghana, and she at least inherited some property.

She pleaded “…This April, my marriage would be 8 years, please stop messing up my marriage”

Related Topics:Beverly Afaglo
Up Next

Video: Adiyena Tawiah – You Raise Me

Melanie C releases ‘Who I Am’