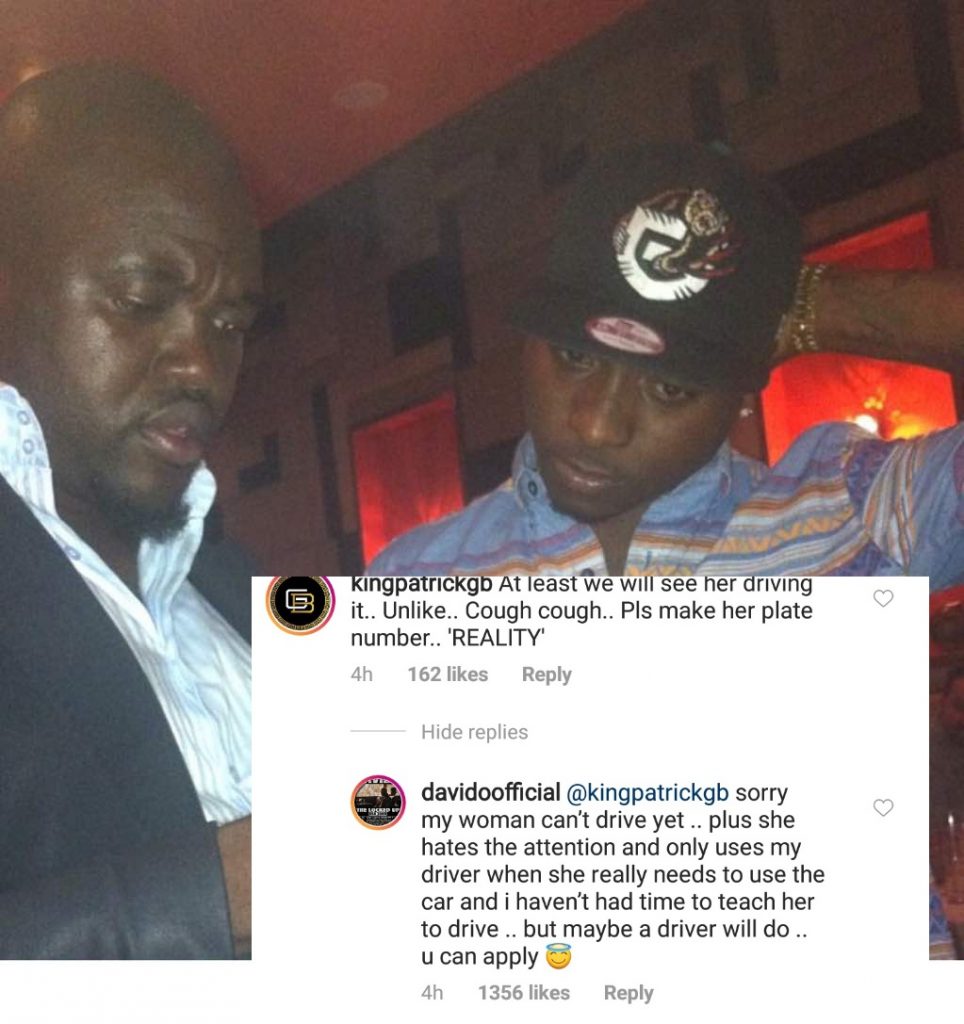 Ghana and Nigeria are becoming so close-knit to each other that what happens in one countries echos in the other.

After Ameyaw TV and AmeyawDebrah.com exclusively published details of Fred Nuamah’s Porsche Cayenne Magnum gift to his wife Martekor, Nigerians have attacked music superstar Davido who made headlines with his car gift to his girlfriend, Chioma. Yes that was also a Porsche.

Mr Nuamah’s gift to his wife has drawn several comparisons to Davido’s  in Nigeria, after blogs such as Instablog9ja shared photos of the car.

Although there were several comments, one particularly caught the attention of Davido, why replied as follows:

Related Topics:davidoFred Nuamah
Up Next