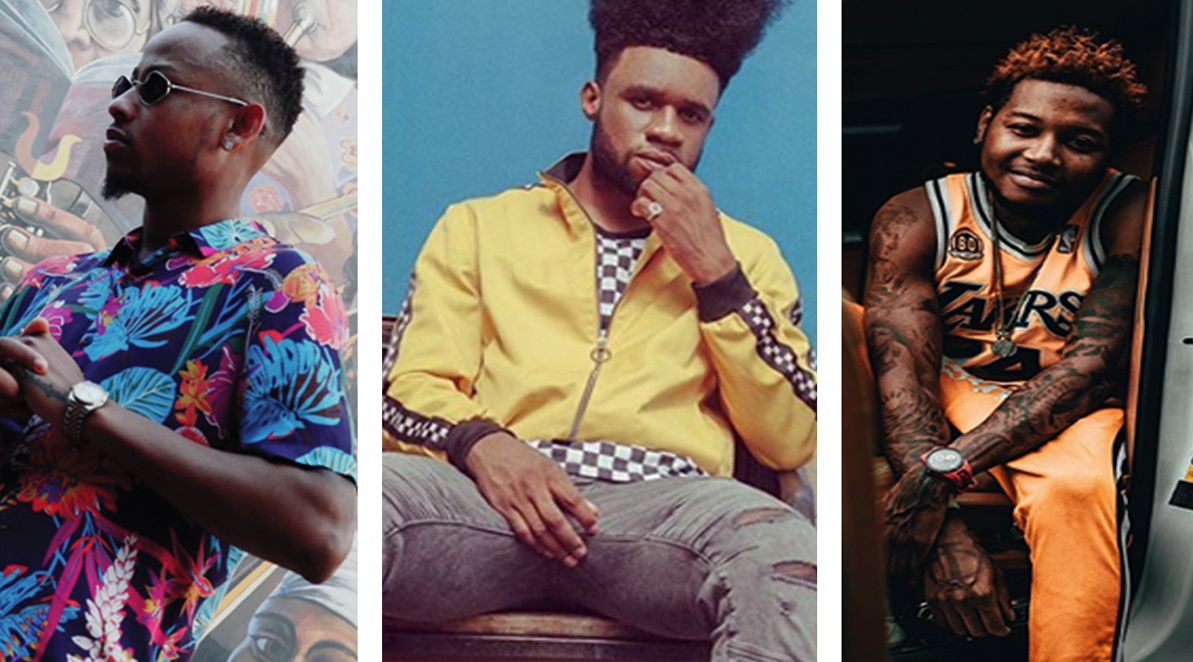 The last time I caught up with British musician Alex Parvenu we were both in New York (read here: part i, part ii, part iii).

I was at an industry gathering a week or so ago, and his name came up in conversation – for good reasons of course. Surprisingly, it wasn’t music related, but to do with Alex’s venture into the world of fashion.

I decided to contact Alex’s rep to arrange a follow up interview to find out what Alex has been up to; it was a telephone interview this time, but certainly sufficed!

“I’ve just started Banji Parvenu, but I’ve been into fashion for the longest time, it’s just something I haven’t really shared publicly”.

We spoke in depth about his creative process with the outfits, and he let me in on a few secrets pertaining to his fashion brand – pieces he has in the works and new designs!

The brand is called ‘Banji Parvenu’, and we here at Ameyaw Debrah/Ameyaw TV are excited to see what he brings to the table in the world of fashion in the future.

Of course, I had to ask him about his music endeavours, and I’m even more excited about the prospect of him releasing some music!

He has a new project called ‘Yard Ruckus’,  which is a group project being overseen by industry giant – Grammy nominated ‘Baby Wonder’. With Baby Wonder’s credentials and his affiliation/ family ties with the Fugees Camp (Wyclefand Jerry Wonda are his uncles), this seems like a future legendary project waiting to unfold.

“I’m loving working on records with these guys. It’s authentic and the chemistry is natural. Tzz is from Brooklyn and Vazzi is from Portland, Jamaica.”

You can check out the first record to surface from that project below, ‘Loyal Bae’.

I’m told this isn’t the official version/audio of the song…(because of course, Alex likes to do three of four versions of every song he works on lol)…but nonetheless, we are loving the vibe, and can’t wait to hear more records from these guys, on their debut EP ‘The Compendium of Yard Ruckus’, set for release in 2020.

Alex Parvenu, Tzz Mlno and Juvazzi are the Yard Ruckus! I’ll be interviewing them when they’re all in London next month, so watch this space!

Related Topics:Alex ParvenuYard Ruckus
Up Next