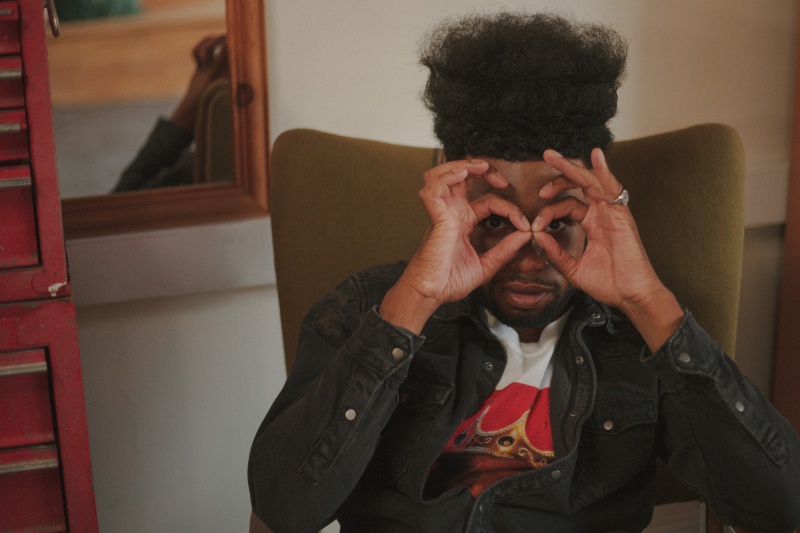 I’ve been following up and coming British artist Alex Parvenu’s career since around 2014 when he was the frontman of then college band ‘The Clef Truants’, being managed by the ‘First Lady’ of UK Garage royalty, So Solid Crew’s Lisa Maffia. Fast forward a few years and we both happened to be in New York around the same time, so I agreed to interview him at his current management’s request. I was sent a number of records beforehand that Parvenu has been working on over the last few years, but I was told this was the “old stuff” that would probably never be released. My question was, why make the records to this high standard if they would never be released? His management sighed over the phone and explained how Parvenu has spent a surplus amount bringing in some of the best musicians to play on his records, only to decide a few months down the line, he wants to start over. Apparently this happens often. I ask if this is why it’s taken so long to complete his debut EP, his management hesitates to answer, then quickly changes the subject to discuss the arrangements for the interview day. I’m sat in a little chic coffee shop in Downtown Brooklyn, waiting for Alex to arrive for his interview, when I get a phone call from his manager informing me he’s running a half hour behind schedule. They’re stuck in traffic, enroute to me having just left the studio. I’m excited nonetheless, as I can hear an ‘Alex Parvenu’ record playing in the background, blaring through the car’s sound system. I wonder to myself if this is the “new stuff”. 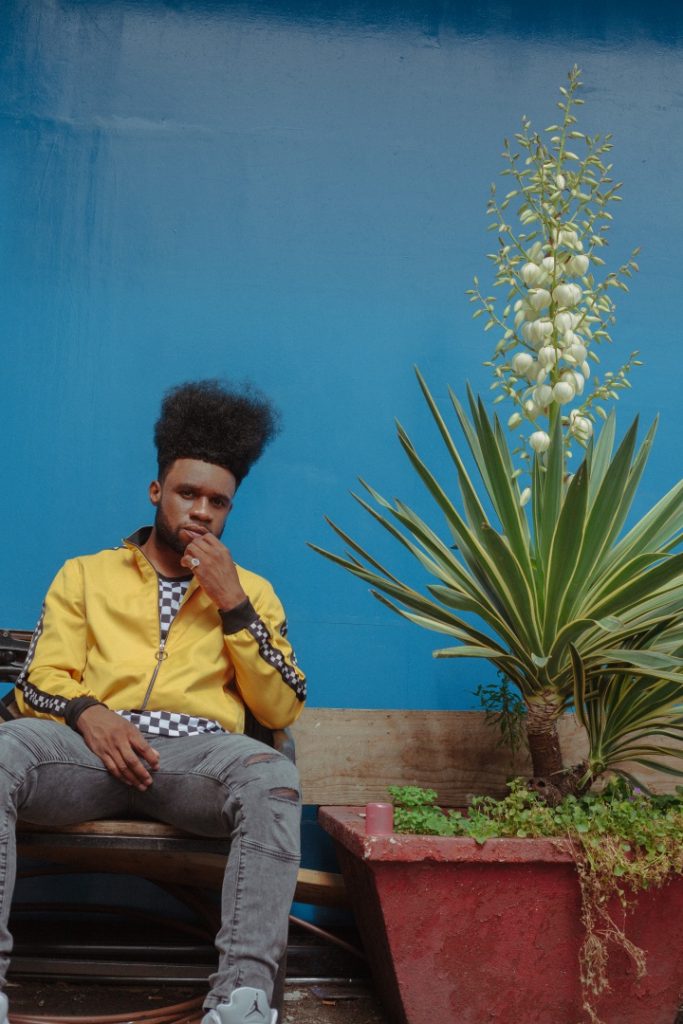 I’m always excited to discover new talent before they become known to the world, and in the case of Alex Parvenu, since I’ve been following his career for the last four or so years, I’ve grown increasingly intrigued by his enigmatic aura. They arrive twenty minutes late (not thirty) and I hit the record button. See Part I of the interview below. Ameyaw​​: Hey you guys finally made it! Alex: ​​Hey nice to meet you man, apologies, I didn’t want to leave the studio ​[laughter]​ you know how it gets bro. Ameyaw:​​ I thought we might have to reschedule, it’s a busy week for me, were you stuck in traffic? Alex: ​​Right, that too…the traffic ​[more laughter] Ameyaw:​​ Anyway, let’s get down to business. Please, take a seat. Your hair…​[laughter]​ it’s incredible! Alex: ​​Thank you, I appreciate that man. It ain’t easy. ​[laughter]

Ameyaw:​​ You do it yourself? Alex:​​ Nah I have a stylist out in Rockaways who created the look. Heirgotti, he’s pretty dope. Ameyaw:​​ Amazing! Alex:​​ Man, it takes like half an hour to style in the morning. I’d rather just put a big hat on to be honest ​[laughter] Ameyaw:​​ It’s a good look, very avant garde. Alex:​​ Cheers bro, we call it ‘The Parvenu’ ​[laughter] Ameyaw:​​ Okay, okay, so what’s happening with the music? When do we get to hear something? Alex:​​ Man, that’s a good question. I think maybe next year? Ameyaw:​​ What! As in 2019? I thought your manager said later this year? Alex:​​ Did I say that? ​[laughter]​ To be honest with you, I think we agreed…something this year. Not a single or anything, just like an introductory song. Ameyaw:​​ That’s what I like to hear. You know those of us who have been following since the Clef Truants have waited like four years. Alex: ​​Yea, I don’t think we’ve agreed on what song yet, but I agree, it’s time to let people hear some of what I’ve been working on. Ameyaw:​​ Right. Would you say you’re a bit of a perfectionist? Alex:​​ I wouldn’t say that, no, but I like things to sound…how I want them to. Ameyaw:​​ The stuff I’ve heard sounds great. Alex:​​ What did you hear? ​[Laughter] [Stretches head to his right to look over at his manager, seated a few tables away on the comfy sofa] Ameyaw:​​ Don’t worry! I only heard the old stuff apparently. But If you don’t release it, I will release it for you myself! ​[Laughter] Alex: ​​[Laughter]​ I appreciate you taking the time out to listen. I tell you what it is. A lot of the time I worry about…little things bother me. It could be how a snare is EQ-ed, or I need tambourines or an egg shaker playing 16ths in the chorus, or I wanna change a lyric or BV arrangements. Little things like that I guess create hold ups. Ameyaw: ​​See, you’re a perfectionist! We might just have to force the art out of your hand. Alex:​​ I don’t know about all of that. Not so much a perfectionist…maybe an experimentalist. Some of the songs have like three or four versions. We play them differently, record them differently, mix them differently. It’s art. You have to experiment with art, before you get the desired result. Ameyaw: ​​I understand. So what are you doing in New York? You’re only here for a few days right? Alex:​​ Yea man we flew in on Sunday night, and getting back to London Wednesday. Working on new music, getting stuff mixed. You know, the usual stuff. Was very last minute this time, I didn’t even get to tell my New York peeps I’m here. Ameyaw: ​​I see. I really like what I’m hearing though! It’s all live instrumentation too? Alex:​​ Thank you brother. I appreciate that. It’s like 90-95% live. I programme some of the drums and the rhythm section, and layer the live drums with samples sometimes, but it’s pretty much mostly live. Got some dope musicians playing on these records. Ameyaw: ​​I could hear. How would you describe your sound? Alex:​​ Definitely motown is the backbone of what I do. Then I guess you have a little bit of everything else, soul, reggae, jazz, funk, hip hop. It’s alternative soul. Ameyaw: ​​What was that animation video I got sent for? Alex:​​ Oh he sent you that too? ​[Shakes head].​ We created that for one of my records ‘It Wasn’t Me’, I think that might be a good one to put out first. ​[Laughter]​ That way I don’t have to be in the video. Ameyaw: ​​Oh you’re camera shy? Alex:​​ Man I hate cameras. I think I’d rather be behind the camera than in front. Ameyaw: ​​Interesting. But yes, the animation was a good watch! You have Kim and Kanye in there, Wayne and Birdman, Eminem, Amy Winehouse ​[Laughter]​ . And the music was very soulful. Reminds me of Curtis Mayfield or Ceelo Green. Alex:​​ Man, I had so much fun creating it with the animator. And there are so many cultural, social, and musical references in there…that’s like a whole other interview to unpick. Ameyaw: ​​I can imagine. Alex:​​ Yea bro, and Curtis and Ceelo are some of my favs, so I’m happy you said that…we definitely trying to make music which transcends time. Ameyaw: ​​I’m going to go off topic for a minute. Alex:​​ Okay? Ameyaw: ​​You recently supported UK Soul pioneer, ‘Hil St Soul’, at ‘Nell’s Jazz and Blues’ in London. I was reading a review online. It mentions you recently broke up with somebody… Alex:​​ Wow. Yea.​ [Pauses to take several sips from tea cup]. W​ hat? What are you asking me? Ameyaw: ​​Can we go there? What happened? Alex:​​ It’s still all very fresh. ​[Blows into teacup]. ​What’d you wanna know? Stay tuned for Part II and Part III of the interview in the coming weeks….]]>