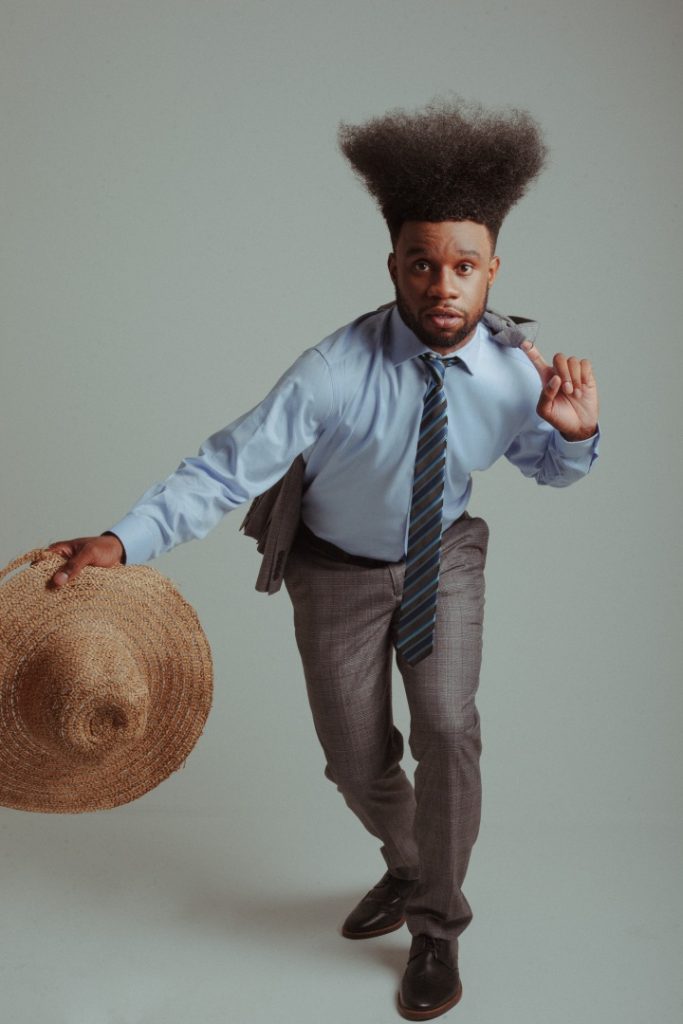 Last week I published Part 1 of my interview with up and coming British artist Alex Parvenu. If you missed it, catch up with it here and then read on!

Parvenu is gearing up to release his debut solo EP ‘Blue Summer’in 2019, and I caught up with him in New York to discuss what he’s been up to since his Clef Truant days and to find out what we can expect from him in the near future. I also probe about his recent relationship/breakup, which he describes as “an annus horribilis.”

Ameyaw: Okay don’t feel pressured to answer anything you don’t want to. You can say ‘pass’ and I’ll move on to the next question.

Ameyaw: Okay so how did you lovebirds meet?

Ameyaw: Already? Alex it’s too soon to use that card!

Ameyaw: Come on, that was an easy question.

Alex:Alright..we met at a funeral.

Ameyaw: Oh no! Really? Whose?

Alex:I mean what kind of question was that? Whose funeral? Come on dude [Laughter]

Ameyaw: So I take it you didn’t meet at a funeral?

Ameyaw: I’m being gentle. If you had to compare your relationship to a famous couple’s relationship, whose would it be? For example, Bonnie and Clyde, Whitney and Bobbie, Jay and Bey, etc. Who would you have compared yourselves too?

Alex: That’s a good question. I mean all relationships are different, but the first thing that comes to mind is Amy Winehouse and that Blake dude.

Ameyaw: Really? They had an infamously dark relationship.

Alex: Right, some elements of that definitely existed. An emotionally violent relationship, if there ever was one.

Ameyaw: Oh sorry to hear that man. How are you coping with the aftermath?

Alex: I’m writing about it.

Ameyaw: That’s what I like to hear, use it for inspiration for your songs.

Alex: Well I haven’t started writing songs about it just yet. But I’m writing a memoir. It’s been therapeutic.

Ameyaw: Nice! A tell all dossier! I hope there are some juicy bits in there?

Ameyaw: That was a rhetorical question sir!

Alex: Okay good [Laughter]. I think for me, writing about it is to make sense of what I’ve just been through. The whole experience was very traumatic, and writing is helping me understand how we went from Point A to Point B.

Ameyaw: I understand. Are you going to get it published?

Alex: Possibly. I’m going to put the first chapter on my websitebefore the end of the year. This is the most honest writing I’ve ever done. I think it will give my audience and would be audience an opportunity to connect with me on a level in which we’ve never connected before.

Ameyaw: I look forward to it. Okay, last question about the relationship, I promise.

Ameyaw: What lessons have been learnt? Have you learnt anything new about yourself?

Alex: That’s another good question man. You’re on a roll [Laughter]. I would say, it’s still early days. Everything is still fresh, so I’m still gathering my thoughts and trying to establish what the take away from this situation is. I think…the first thing that comes to my mind right now, is “all that glitters is not gold”. And I guess secondly, sociopathy.

Alex: Yea. I’ve learnt a lot about sociopaths. And we’ll leave it at that.

Ameyaw: No, no, no! You have to elaborate on that one Mr. Parvenu.

Alex: Just keep an eye on my website for the memoir [Laughter].

Stay tuned for Part III of the interview in the coming weeks, as we discuss some of Alex’s most memorable music moments thus far, and what to expect from his debut EP project.

]]>
Related Topics:Alex Parvenu
Up Next

Can you write a story that can be produced into a movie? Pitch Factory 2018 calls for entries