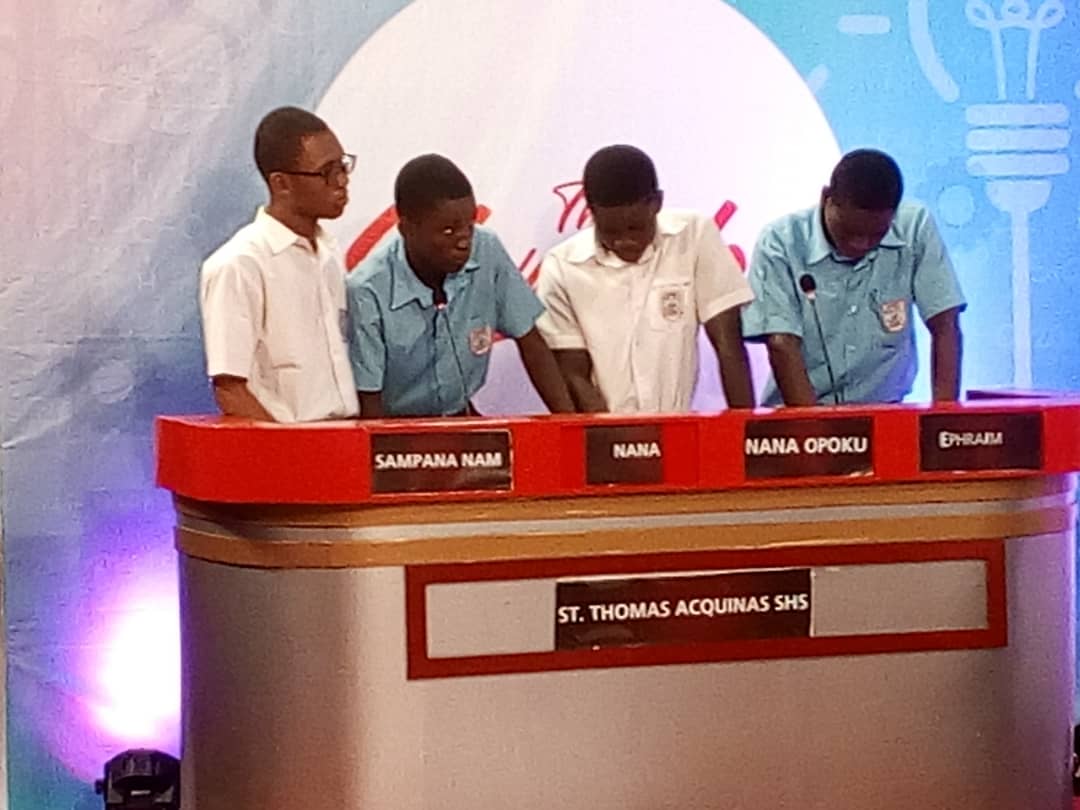 This was a contest everyone was looking forward to. Two top high schools in Ghana, with a rich history in academics and extracurricular activities battled it out in the fifth contest of the all-round academic quiz competition – The Sharks.

Dubbed the finals before the finals, the two schools lived up to the billing with a tension-filled contest. The tension was palpable right from the onset. It was the Kwahu-based St. Peters that made their intentions clear at the early stages, answering questions from the General knowledge to establish a slim lead.

The Cantoments-based St. Thomas Aquinas were not going to go down without a fight, coming back strongly in the Reading, Writing and Arithmetic round, also known as R cubed round. At this stage Aquinas was leading by a 20 points margin. All knew that the third round – STEM round will potentially be the decider especially with the prodigy Michael Obeng in pole position for St. Peters, but the team from Aquinas were steady, and showed good collaborative skills.

It came down to the final question of the final round – one on one round. The showdown was epic. Nana from Aquinas salvaged the team by answering the final English question correctly, snapping from a 5 points disadvantage to eventually win by 10 points. 105-95 pts it ended in favor of St. Thomas Aquinas who progresses to the quarterfinal stage.

At the Junior level, Tender Care JHS from Wa made little work of Air Force JHS, Accra in a one-sided battle. The team scored 175 pts to Air Force’s 75 points.

Next week, Adisadel College from the Central Region will face off with St. Roses Senior High, the only remaining girls school in the competition.