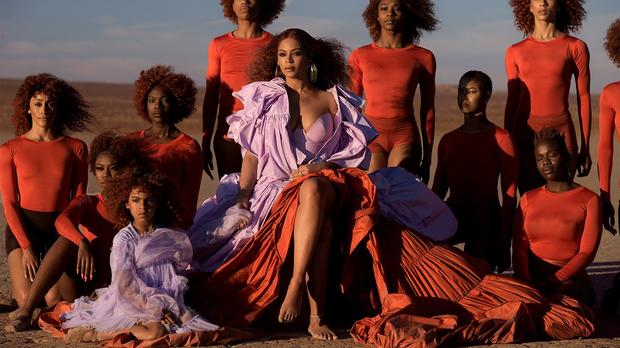 When I first heard about the making of ‘The Lion King: The Gift’, I was just excited without even knowing which artists from Africa would be on the album.

Whereas this is not the first time that a major American star has collaborated with African musicians, this is perhaps the biggest single effort; and from no less a person than Beyoncé the ‘Queen Bey’!

Afrobeats music, largely fronted by Nigerian artists, has been rising fast in the last decade. The phenomenon took off first in the United Kingdom, where the African community is more together and in touch with its cultural heritage than in the United States. Perhaps because of existing opportunities in the UK to seamlessly link the African diaspora to what goes on in the continent of Africa. We have seen this even in Hollywood; where often the actors with African roots in America get there via their connections with Britain.

When BET Awards started to recognize international acts from the UK/Europe and Africa, many of us campaigned for more. We argued for this category to be a part of the main award ceremony so that American audiences would watch and recognize our artists. Thankfully in the last two years, we have seen that happen.

However, we cannot attribute such successes purely to our advocacies; a lot of our African artists have been working hard to justify our inclusion.  Many have gone out of their way to collaborate with American stars on their personal projects.  I remember when Dbanj, through some association to Kanye West’s Good Music, released his smash hit ‘Oliver Twist’ it peaked at number nine on the UK Singles Chart! That was sign that we could make it, with the right mindset and connections!

Things started to look even better for African music, when global stars started to feature us on their singles, perhaps as a result of big American global music corporations like Sony Music and Universal Music signing some of our African acts.

We saw Drake feature Wizkid on Billboard topping and award-winning song, ‘One Dance’ which opened a new window of opportunities for African music to shine.  Wizkid has since had major collaborations with the likes of Chris Brown, Drake, Ty Dolla Sign, Major Lazer, Trey Songz and many others.

Davido’s ‘hit song, Fall’ also caught fire around the world, setting some records on global charts. The single has been reported as the most ‘Shamazed’ Non-American song in the US (basically this means that a lot of people heard it playing somewhere and they used ‘Shazam’ to check the details because the were ‘Amazed’ by it). In 2019, ‘Fall’ made it on the Billboard Top 100 R&B/Hip-Hop charts as well as the US Top 40 Urban Radio songs.

In 2017, Ed Sheeran took a bold step to collaborate with Fuse ODG and Ghanaian producer, Killbeat on a number of songs including ‘Bibia Be Ye Ye’ off his Grammy-winning album, ‘Divide’.  In fact, Ed Sheeran even sang in Twi.

Perhaps, all of these helped to create the needed global awareness for African music, which led to Beyoncé’s ‘The Lion King: The Gift’.  I remember watching Beyoncé performing in South Africa last December and asking my colleagues at the Global Citizen Festival, “what if Beyoncé did songs with the African stars on the bill”, which included Wizkid, Tiwa Savage, Cassper Nyovest, D’banj, Femi Kuti, and Sho Madjozi.

Well, Queen Bey must have heard my wishful thinking and decided to do ‘The Lion King: The Gift’.  Talking about the album and the reason for the African inclusion Beyoncé has explained:

“This is a new experience of storytelling. I wanted to do more than find a collection of songs that were inspired by the film. It is a mixture of genres and collaboration that isn’t one sound. It is influenced by everything from R&B, pop, hip-hop and Afro Beat.”

“I wanted to put everyone on their own journey to link the storyline. Each song was written to reflect the film’s storytelling that gives the listeners a chance to imagine their own imagery, while listening to a new contemporary interpretation. It was important that the music was not only performed by the most interesting and talented artists but also produced by the best African producers. Authenticity and heart were important to me.”

“The soundtrack is a love letter to Africa and I wanted to make sure we found the best talent from Africa, not just use some of the sounds and did my own interpretation of it. I wanted it to be authentic to what is beautiful about the music in Africa.”

Well Beyoncé, you did just that and lovers of African music are happy you did.  My personal favourite so far is ‘Brown Skin Girl’.  Some criticshave already rated the song, which features New York-based Guyanese rapper SAINt JHN, and Wizkid as the standout track. It is a joyous celebration of melanin, braids and ‘pretty dark skin’ with references to the likes of Naomi Campbell, Lupita Nyong’o and Kelly Rowland. It also features Beyoncé’s daughter Blue Ivy, adorably singing along to its message of pure black girl magic.

Creating the leading hub for Ghana’s pop culture, the hurdles and the wins! AmeyawDebrah.Com is 10 years old #10yearsofAmeyawDebrah