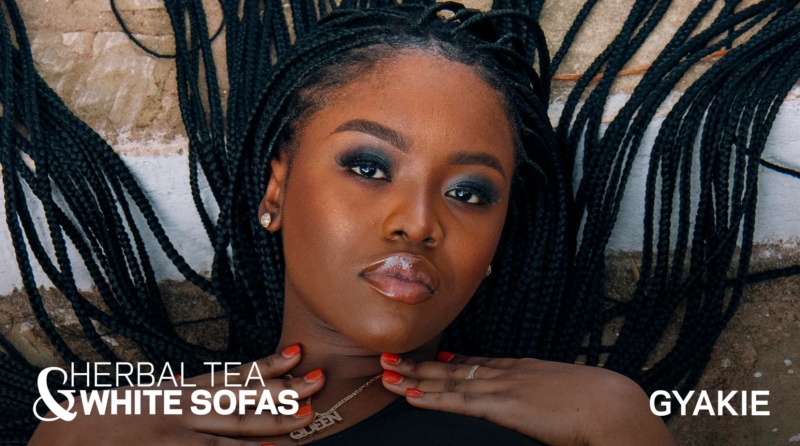 In this round, the Recording Academy has its sights on the women in the Afrobeats/Afropop space, and we’re looking to tell the stories of the women behind the songs we’ve all grown to love.

Watch the trailer below, and stay tuned for the full episode of Gyakie’s interview, set to debut on Monday, June 27 at 10 AM PST/6 PM GMT.

Read Also:There was pressure to release a song bigger than Forever-Gyakie

Here’s a short clip from Gyakie’s upcoming ‘Herbal Tea & White Sofas’ interview with the Recording Academy! The full episode will be available on Monday, June 27, to also be published on https://t.co/BdT9QDyxTw after ✨🇬🇭✨ @RecordingAcad @Gyakie_ #GyakieXGRAMMYs pic.twitter.com/lrnndMIdYR

The woman who led the “Me nsa aka ooo” TV commercial 13 years ago to promote MTN’s Mobile Money (MoMo) has been gifted a 2-bedroom house. END_OF_DOCUMENT_TOKEN_TO_BE_REPLACED

It’s difficult to predict where Stonebwoy will be in the coming days, weeks, months, or years. As a musician with a keen interest in pushing his sound to the world and etching his name in the minds of new fans, 2022 has been described as his busiest music year thus far since gaining mainstream recognition in 2012 with Pull Up—seven years after he made his official debut—the musician confirmed this via social media after his last summer show. END_OF_DOCUMENT_TOKEN_TO_BE_REPLACED

Ghanaian actress, Nana Ama McBrown has revealed that there’s absolutely no bad blood between her and her ex boyfriend, rapper, Okyeame Kwame. END_OF_DOCUMENT_TOKEN_TO_BE_REPLACED

Veteran Ghanaian actor, Kofi Adjorlolo has denied claims that he was set to marry the mother of popular Dancehall act, Shatta Wale. END_OF_DOCUMENT_TOKEN_TO_BE_REPLACED