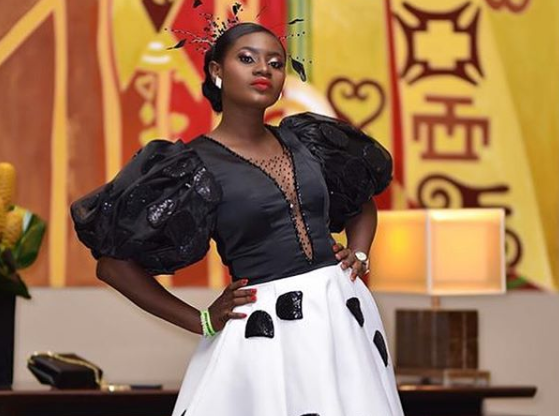 Ghanaian actress, Martha Ankomah has pleaded with her colleagues in the industry to be as truthful as possible to the young ones who are looking up to them.

In an interview with Emelia Brobbey on her ‘Okukuseku’ show, Martha advocated for celebrities and influencers to stop living fake lives, and  showcasing things they do not own and cannot afford.

According to Martha, living a fake life portrays a bad example to the young people who look up to them.

“I can see that someone will pick a taxi and go to a nice neighbourhood for a photoshoot to take pictures and post it. You’re deceiving others and you’re deceiving yourself and you’re putting pressure on others. So, most of them are fake but I’m begging you, those of us that are role models let’s do things that when people watch it’ll change their lives that will let them be good people and things that when they watch it will let them understand that life you start from somewhere, you don’t just start then you have a big car and you don’t just start then you’re living in a mansion,” she said in Twi.

Martha also encouraged those with huge following and engagement on social media to use it for good.

“You have a lot of people following you on social media, what are you doing with them? All these people. You want likes, you want views what are you doing with it? What are you benefitting from it? What are you impacting on them? Do you have anything positive you’re sending out there? If you know you don’t have anything, please I’m begging you you’re not helping the country you’re destroying the country you’re destroying the work our predecessors did. So, let’s apply wisdom and a God-fearing attitude and post things when we show on social media will encourage the youth to live a good life in the country to help the country grow. I think that’s what we should do,” she added.

Grammy award-winning Nigerian artist, Wizkid is currently trending after making some statements about the status of the rap genre in Nigeria. END_OF_DOCUMENT_TOKEN_TO_BE_REPLACED

Nigerian Disc Jockey and daughter to billionaire Femi Otedola, DJ Cuppy has outdoored the man in her life for the very first time on social media. END_OF_DOCUMENT_TOKEN_TO_BE_REPLACED

On Air Personality and YouTuber, Jessica Opare Saforo has responded to Shatta Wale’s desire to marry her. END_OF_DOCUMENT_TOKEN_TO_BE_REPLACED

Ghanaian model and entrepreneur, Hamamat Montia has welcomed a baby, months after announcing her pregnancy on Instagram.  END_OF_DOCUMENT_TOKEN_TO_BE_REPLACED