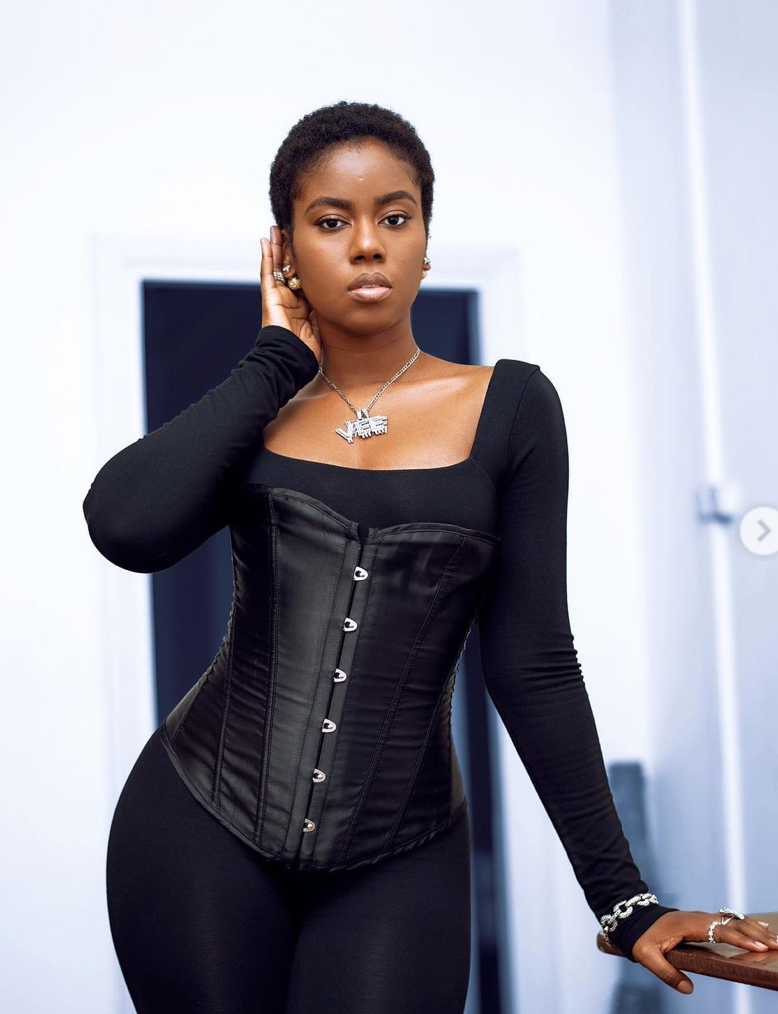 The former Lynx Entertainment signee revealed in a recent interview with ZionFelix that her last relationship ended due to insecurities on the part of her boyfriend.

MzVee, whose life is in the limelight and gets a lot of attention for her talent and beauty, stated that her boyfriend could not handle it.

MzVee added that the constant attention she got from men from all over the world, affected her insecure boyfriend who couldn’t handle it any longer.

“You just see all these people with lots of money who come from different countries. And if you are not confident, it will spoil your relationship and that’s what happens. He was insecure I think,” she explained.

The “African Girl” hitmaker stated that even though she loved him and would have wanted their relationship to last longer, she had to let him go because she couldn’t handle the constant bickering.

Meanwhile, MzVee in a recent interview revealed that she gets worried about not settling down.

“I won’t lie I get worried. The worry is there just that it is not that big,” she stated in an interview on Hitz FM.

MzVee turned 30 on June 23rd. In honor of her 30th birthday and 10 years anniversary in the music business, she released a new album titled “10/30” to celebrate.

GHAMRO board dissolved by court order, Rex Omar and others made interim directors

For the 6th time in 2022, Chief One has copped another major nomination! END_OF_DOCUMENT_TOKEN_TO_BE_REPLACED

Nigerian singer Kizz Daniel has been reportedly arrested by the Tanzanian Police for refusing to perform at an event. END_OF_DOCUMENT_TOKEN_TO_BE_REPLACED

Member of Parliament for the Dome-Kwabenya Constituenc, Sarah Adwoa Safe has penned a sweet message to her partner as they celebrate four years of marital bliss.  END_OF_DOCUMENT_TOKEN_TO_BE_REPLACED