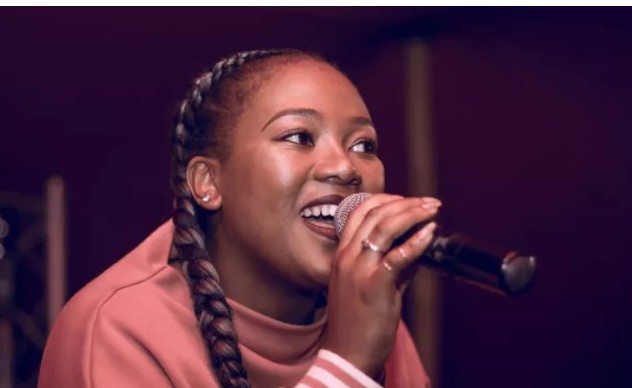 The Singer is said to have committed suicide last night June 9th by jumping off a building in Johannesburg. In a statement released by her record label, Top Chap Media, it was confirmed that Nichume died from an apparent suicide in her Johannesburg home.

#SAMA25: From the odd to the stunning; what they wore to the 2019 South African Music Awards

See the full statement below….

It is with sadness that we announce the passing of our fellow musician, sister and friend Nichume.

Nichume was found at a friend’s place last night following an apparent suicide.

She was an accomplished musician and a qualified ophthalmologist. Nichume reached the heights of her fame when she lent her voice to Mobi Dixon’s hit “Bhutiza”. She featured on singles “Daydreaming” by Fistaz Mixwell and Mobi Dixon, as well as “Far Away” by DJ Anda featuring Mobi Dixon.

Following the success of Bhutiza in 2017, she was then signed to Top Chap Media, founded by Mobi Dixon.

The duo had just released a single together titled ‘Thobela’ – which has been making appearances in the top 100 weekly radio charts.

“I’m distraught. I will remember Nichume as a bright light at Top Chap Media where we signed her. She was not only my first artist, but we had grown so close in the past three years that she became my little sister. She truly is gone too soon. May her soul rest in peace,” Mobi Dixon paid tribute to her.

“We, as a family are in absolute shock as to what has happened. Learning that your sister has succumbed to emotions and taken her own life can never rest well. We obviously are left with a lot of questions but also know that she had one of the strongest characters in the family. Whatever she was feeling at that moment triggered immense hopelessness. We stand united as a family during this difficult time. Nichume was so loved and appreciated. We’re proud of all her achievements.” Said Qamani Siwundla.

My mum’s death pushed me into rap music – Obrafour reveals

Black Sherif is getting ready to release his debut album, and the tracklist has everyone excited. END_OF_DOCUMENT_TOKEN_TO_BE_REPLACED

The Ghana Police Service has mounted a search for a man who was caught on video flogging a baby under a tree. END_OF_DOCUMENT_TOKEN_TO_BE_REPLACED

Broadcaster, Serwaa Amihere has advised women not to put too much stress on their men as they may be going through a lot. END_OF_DOCUMENT_TOKEN_TO_BE_REPLACED

Dr. Edem Mahu from the University of Ghana, has received the “Africa Award for Research Excellence in Ocean Sciences” from AGU. END_OF_DOCUMENT_TOKEN_TO_BE_REPLACED

A brand-new Alisa Hotel location in Tema was unveiled on Friday, September 30, 2022 in pomp.  END_OF_DOCUMENT_TOKEN_TO_BE_REPLACED