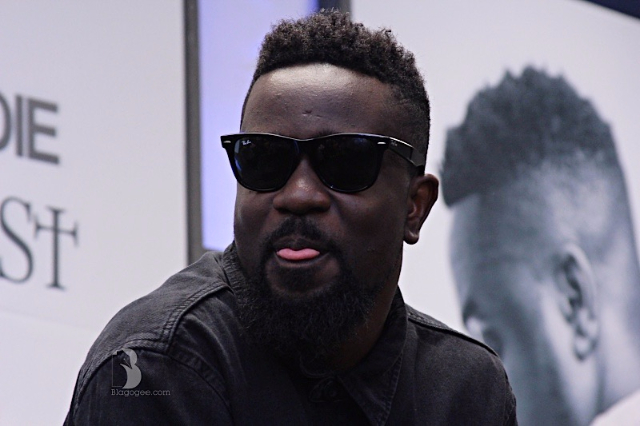 Earlier this week I wrote a story and gave Ghanaian rapper, Sarkodie the title ‘Ghana’s Best Rapper’ but some of his fans argued that he is ‘Africa’s Best Rapper’ so I set out to find reasons to back their claim. Here are five reasons why Sarkodie is undoubtedly the best rapper on the continent at the moment.


The reigning tastemaker of the new school of Afrobeats in Ghana, Sarkodie not only has killer talent, but he’s been in the game since 2009 and rapped his way to the top. He spits quick, switching back and forth between English and his native language, with the same fire and wit that first caught him attention in rap battles at the beginning of his career. In the last 10 years, the Tema-based rapper has stayed consistent and chocked many success.


Sarkodie has won 83 awards from 150 nominations, making him ‘Africa’s Most Awarded Rapper’ and number one of the three most awarded musicians on the whole continet.

Sarkodie was the first Ghanaian to receive a BET Award with his Best International Act: Africa Award in 2012. Sarkodie’s rap game has been on top so much that when BET created a new category for their BET Hip-hop Awards show, ‘Best International Flow’, he was the first African to win the award.
He is also the first  African rapper to feature in two BET Cyphers (2012, 2019).

Sarkodie’s 2014 hit song ‘ADONAI’ which features Castro has 67,623,012 views on YouTube, making it the most viewed music video by an African rapper.

4. First African Rapper to perform at the Grammy Museum.


In 2015, he became not only the first Ghanaian rapper but the first one from Africa to perform at the Grammy Museum in Los Angeles, United States when he rendered a freestyle before the 2015 BET Awards.

5. Highest charge by an African Rapper For A Show

It is reported that Sarkodie charged $65,500 to perform at the 2018 Glo Mega Festival Show in Ghana. Only the best can be bought at such a high price.

All in all, the man born in Tema on July 10, 1988 as Michael Owusu Addo stands tall among rappers in Ghana and Africa.
You may have your preference based on style of delivery or even likeness for another rapper but if it’s about impact and success with their talents, no one compares to King Sark, as his Sark Nation natives call him.
Related Topics:sarkodie
Up Next

Kofi Annan wanted marijuana decriminalised, who am I to say otherwise? – George Jahrah

The voting portal for the 2022 edition of the All Africa Music Awards (AFRIMA) opened to the public on Sunday, 25 September at 21:00 (CAT), to decide the winners of each of the 39 award categories, globally. END_OF_DOCUMENT_TOKEN_TO_BE_REPLACED

Ghanaian actress, Yvonne Nelson has issued an apology on behalf of Ghanaians to Stephen Appiah and his Black Stars colleagues. END_OF_DOCUMENT_TOKEN_TO_BE_REPLACED

Professor Elsie A. B. Effah Kaufmann, host of the popular National Science and Maths Quiz has shared a bit of her private life. END_OF_DOCUMENT_TOKEN_TO_BE_REPLACED

As the only Ghanaian female artist to perform on the Global Citizen Festival stage at the Black Star Square last night, Gyakie did an incredible job representing the country and doing her part in being a contributing voice for global change. END_OF_DOCUMENT_TOKEN_TO_BE_REPLACED

Although Ghanaians appreciate Professor Elsie A. B. Effah Kaufmann as the Quiz Mistress of the popular National Science and Maths Quiz, there are other things that they love about her. END_OF_DOCUMENT_TOKEN_TO_BE_REPLACED