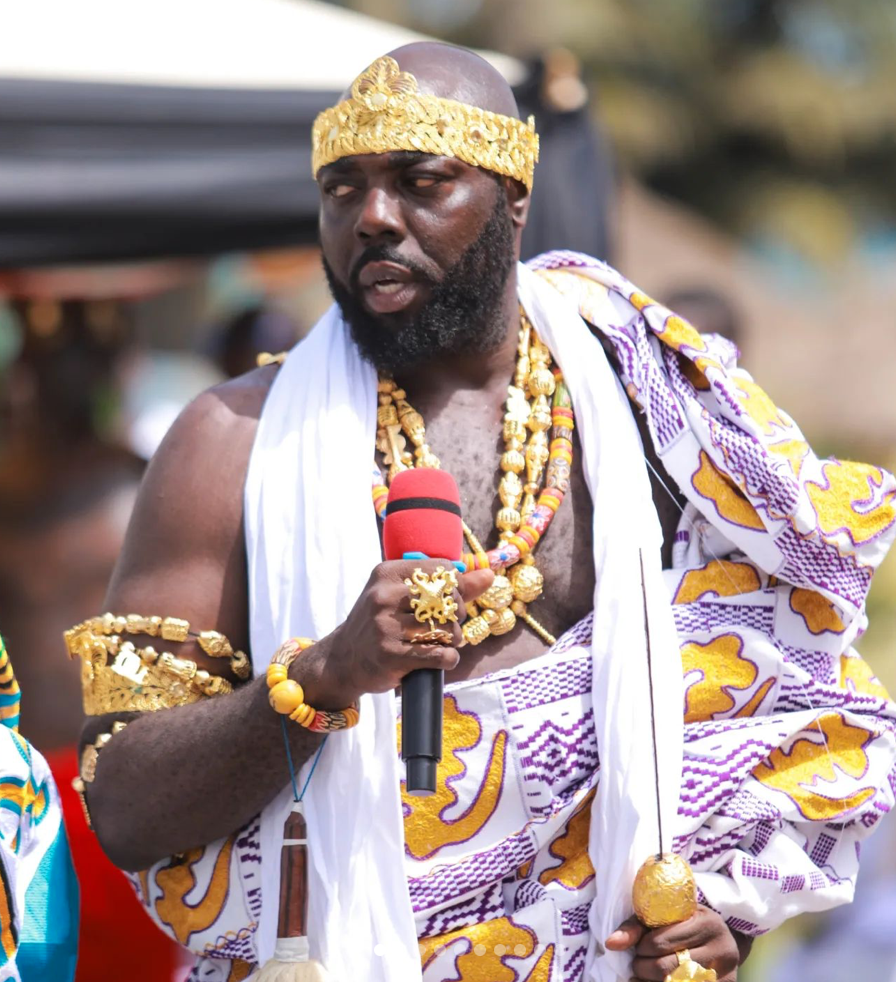 American Entrepreneur and Writer, Rashad McCrorey has been enstooled as Nsrahwehen (Tourism Chief) of Iture, Elmina.

His installation ceremony happened on Saturday, April, 23, 2022 inside Iture, situated south of Atonkwa in Elmina.

Speaking in an exclusive interview with Ameyaw TV at the ceremony,  Mr McCrorey expressed that “being named the first Chief of Tourism in Elmina and possibly in the whole of Africa is a blessing.”

According to him, his upbringing and nature has led him to this moment, hence he’s positive that he can carry on the responsibility bestowed on him as Chief of Tourism.

“I’m happy, I’ve lived a good life. Sometimes it’s not always about you. Its always about life experiences even over material wealth. I’m ready to give, God’s blesses the giver. I’m a servant by nature. I’m ready for the responsibility,” he stated.

Even though Rashad McCrorey has been in the Tourism industry since 2017, promoting and bringing home hundreds of Black-Americans, he believes this next chapter will even intensify the promotion of African and Diaspora relations.

“I’ve been doing tourism since 2017, I’ve been promoting trips for Black-Americans to return to America since 2014 and this is only the beginning. Sometimes we go in circular  stages. Now that I’ve established myself as one of the leading tour operators in all of the United States as far as getting Black Americans to come back to Africa, the next step is me promoting African and Diaspora relations because tourism is not just taking people around to different locations, its about strategic planning, financing, budgeting, and projection,” he said in the interview.

Detailing his plans for the people of Iture as Chief of Tourism, Mr McCrorey stated;

Watch video from the ceremony below;

Ghanaian rapper, Kwaw Kese has reacted to the trending purported copy of a will of Kwadwo Owusu Afriyie, popularly known as Sir John. END_OF_DOCUMENT_TOKEN_TO_BE_REPLACED

Nigerian actress, Eucharia Anunobi, has revealed she urgently needs a man to settle down with. END_OF_DOCUMENT_TOKEN_TO_BE_REPLACED

General Manager of GhOne TV, Nana Aba Anamoah and Broadcaster, Serwaa Amihere have chided supporters of the New Patriotic Party (NPP) for defending the purported copy of a will of Kwadwo Owusu Afriyie, popularly known as Sir John. END_OF_DOCUMENT_TOKEN_TO_BE_REPLACED

Kourtney Kardashian and Travis Barker have got married – again. END_OF_DOCUMENT_TOKEN_TO_BE_REPLACED